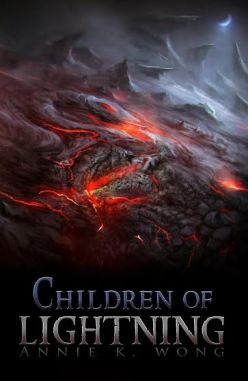 Secrets beget secrets. The curse that befell the Hollows clan has left them incapable of producing male offspring. To extend their bloodline, they have formed a covenant with the serpentine Ophidians, who give them children. In return, the Hollows must keep these monstrous creatures well fed, though the details of the procurement are so abominable that the truth is never revealed to the other clans. In their homeland of Matikki, they live like outcasts.

Through a series of chance discoveries, the secrets of the ancient curse unfold before a warrior named Writhren Hollow. Is her purely female clan the result of a lapse of divine providence, or are the Hollows themselves victims of an enslavement scheme?

If Writhren frees her clan from the covenant, she risks the wrath of the Ophidians and the future of her bloodline. If she keeps the truth of the curse to herself, she is a traitor to her own kind. Either way, she will suffer for what she must do.

This is not a story of redemption, but regret. This is Writhren’s story.

At Mother’s instructions, Kiri and a group of kin sisters took the wetskins to their local patrol post, where they would be locked up, thus bringing Mother’s birthday party to a dull depressing end. After the guests had left, Tithren stayed behind with Mother and massaged her neck and shoulders, covered with scales that had lost their youthful sheen. Relaxed, the aging matriarch leaned back against the bench and sighed.

“As if the swampmob and their bane beasts in The Evergreeds aren’t enough trouble already, we’re now on the brink of a civil war. I should call for a meeting at The Circle tomorrow. We need to keep Matikki united and prevent this war at all costs.”

Tithren slid her hands down to Mother’s arms and kneaded them, a bit too fervently. “A civil war may not be such a bad thing for us, Mother…”

She hissed. “Tithren, that’s a horrible thing to say.”

The voice that usually calmed her had something to say, but Tithren ignored it.

She said, “To the rest of Matikki, we’re still the outsiders. They don’t like our single-sex community. They turn a blind eye to our dark covenant with the Ophidians out of pity for our… misfortune and a loathed necessity to rely on us for our battle skills. The strength of the Ophidians is in our blood, and we are better warriors than most of them, and they know it. We thrive in war, not in peace, Mother. Plurans have no place in a united Matikki.”

Tithren felt Mother’s pulse quickening and removed her hands. Her heart was pounding with conviction about her clan’s status in the land. Still, it might not have been the tactful thing to say, given Mother’s preference for mediation over confrontation.

Mother’s approach had won her a seat at The Circle. Although negotiation was not Tithren’s strong suit, she could not deny that peaceful means had their advantages.

She sat down beside Mother and awaited the usual lecture on kindness and compassion.

Mother looked tense. She rested an elbow on the back of the bench, propping her forearm upright. She flexed it. Under the glow of the pearl trees, the scales partially covering her skin shone like a half-formed piece of armour. Tithren pursed her lips, wanting the impending reprimand to be over.

Mother gestured for her to sit closer. She caressed Tithren’s hair-snakes and said, “Tell Kiri to kill the wetskins.”

Tithren pulled back, eyes wide. The fear coursing through her veins morphed into excitement. She placed a cautious hand on Mother’s lap. “You… you agree with me.”

Gaze firm with resolution, Mother replied, “I’ll tell all our kin sisters to keep quiet about tonight’s incident. If anyone asks, we never met the wetskins. We have no knowledge of their plan. More importantly, we need to hone our combat skills. Tithren, you need to earn your weapon fast. The time is now for plurans to rise.” 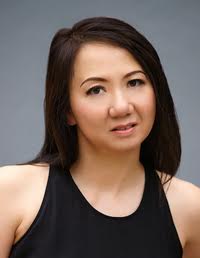 Annie K. Wong was born in Hong Kong and lives in Canada, in the west coast city of Vancouver, BC. She has a BA in Business Administration and Creative Writing from Houghton College as well as a Diploma in Film Studies from the University of British Columbia. Although she explored careers in advertising, television and office administration, the desire to write overtook her at the turn of the new millennium. In 2003 she earned a Post-Graduate Certificate in Creative Writing from Humber College and has been crafting stories ever since.

Her current project is a fantasy series, the prequel of which is Children of Lightning.

Connect with her and receive freebies and updates about her book and other upcoming projects.
Author Links
Website | Goodreads
Giveaway 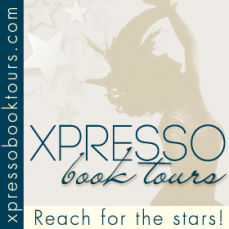