Finn Adams thought she knew what her life had in store for her; a mundane existence of day to day life. After meeting Eamon her whole world is flipped upside down. When her mother goes missing, Finn soon discovers that she is a witch and she is being hunted for her power. Ripped from the only life she’s ever known, Finn is transported across the country to Broadhaven, Maine to discover the secrets she never knew about herself, her heritage, and the tremendous power she’s kept hidden for so long.

Her loyalties are tested when she learns of her true parentage and discovers she is part of a prophecy, destined to awaken an ancient power that has been lost for centuries . As she struggles to learn from her mother’s past, she is faced with the ultimate struggle of good and evil, family or friends. She must learn who she can trust and find the power within herself to stop the prophecy from coming true. 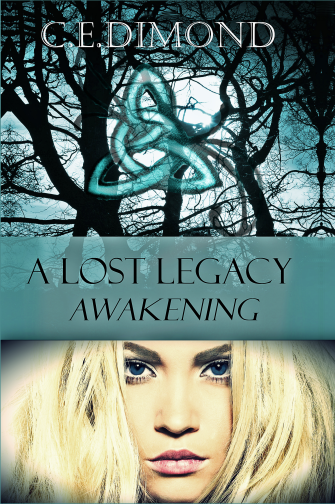 Balancing the books in my arm, I reached for the lock trying the combination. I’d had the same lock for five years; I had it down to basic muscle memory. A frown settled on my lips, as the first three tries were unsuccessful. “Ah come on seriously?” I muttered trying it again. “Don’t quit on me now.” Having to get another lock would just throw off the whole system. There was no way I could memorize another combination quick enough. I thought about the embarrassment of having to write it down, and having to pull out the combo for the first month and a half of school just to get my books, no thank you.

“Uh, can I ask what you’re doing breaking into my locker?” The voice made me jump. I whipped around quickly. My eyes lifted to find a boy, with a very serious and rather intimidating look on his face standing there, his emerald green eyes staring at me clearly waiting for an explanation. My words were caught in my throat as I stared in return, my own eyes wide I suspected I looked much like a deer caught in headlights which probably made me look guiltier than I actually was. He didn’t look familiar to me; I couldn’t help but focus on that. In Port Moyle, almost everyone was familiar. His nearly raven hair contrasted significantly against the serious lack of tan he was sporting, which led me to believe he was definitely not from California.

“Hello?” he added a hint of impatience in the tone and I realized now that I’d been staring at him without even uttering a simple response.

“Sorry, I um- sorry,” I said quickly, leaning against the lockers to support my weight, fighting the blush that was forming on my cheeks.

“Do you mind?” he asked and nodded to the locker and I stumbled backward allowing him access to it.

“Sorry,” I muttered again and watched as he opened it with ease. Suddenly my eyes turned to the one next to it. Yes, that was my locker and fighting the blush seemed to no longer be an option, as I felt the familiar burn of embarrassment flush my face. My eyes turned back to him and watched as he changed the books in his bag and I couldn’t help but wonder who he was.

“Do you stare at everyone like that or am I just lucky?” he asked turning his eyes to me. “Eamon Abbot,” he said offering his hand in greeting.

“Finn,” I said taking his hand.

“I know,” he said lifting my hand to show me the bracelet that held my name engraved across the surface.

“Right,” I said with a nervous laugh and he dropped my hand quickly. As I turned, I opened my own locker and quickly began switching my books. “So where are you from?” I asked turning back and I blinked, surprised to find he was already gone. Turning around again, I found myself alone in the now empty hallway and the question from my lips lingering in the air. 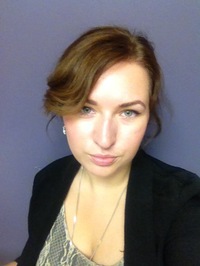 I am an Irish-Canadian Young Adult author who was born in Winnipeg, Canada (yes, it really does exist). I love my city and love even more that it’s become Hollywood’s running joke (Don’t believe me? Just check out Youtube).

I have always been a writer, from poems in my Grade 6 diary (Ode to Hobbits), to short stories in the back of my math’s book. I have always loved to create stories and find myself constantly creating new characters.

I am a dedicated Fangirl of many proportions and I have a knack for getting expressions all wrong and saying incredibly stupid, but often hilarious things (My graduation gift from my friends was a book of my own quotes).

I am a proud alumna of St. Mary’s Academy, an all-girls Catholic prep school and I studied Theatre and Film at the University of Winnipeg. Currently, I am still hanging out in Winnipeg.

15 thoughts on “A Lost Legacy Promo and Giveaway”