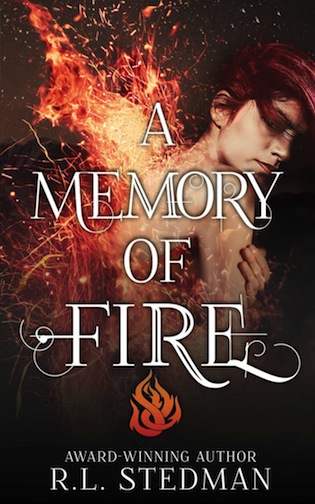 About my wrist is a tattoo of roses, strung like beads on a bracelet of thorns. I have a past, if only I could remember — but I cannot remember.

Held captive in a strange city, Dana dreams of fire and flight. There is something she must find, but she does not know what it is, or why it is important. If only her dreams would let her rest.

Half a world away, Will studies a new, exciting discipline. But while N’tombe the enchantress is impressed by his newfound skills, inside he feels only desperation. A terrible moment is approaching; soon, Dana must face her final ordeal. Is his new power enough to save her? And is he prepared for what might happen next?

In this thrilling conclusion to the award-winning SoulNecklace Stories, Will and Dana must make a heart-breaking choice. A choice that may change their world forever.

“Will never enjoyed sea travel. At best it was boring; at worst it was downright dangerous. He preferred solid ground. Traveling on foot might be tiring and hard on the shoes, but it carried one advantage: you couldn’t be drowned.

Will settled the blindfold across his eyes. “Not really.”

The strangest part of this journey was that TeSin, a warrior Will had left for dead, was teaching him a new fighting technique! Who would have thought an enemy might become a teacher?

TeSin laughed. “I will be kind.”

Will doubted this, but he raised his staff anyway. Clack! TeSin knocked it aside. “Hey!” Will rubbed his stinging palms.

“You must try,” TeSin said.

“You think you try.”

Lifting his blindfold, Will peered in irritation at the older man. “What more can I do?”

Above in the rigging sailors made bets with each other: which fighter would take the first hit, when would Will be knocked out, how long each bout would last. None of the bets favored Will.

The sailors fell silent. TeSin’s feet moved just as the ship lifted on the swell, and for a moment Will knew exactly what TeSin would do; he would lift his sword arm, raise the other as a guard, then lunge forward, drive the point home. Will swung his staff down, blocking the lunge, and twisted. A sailor howled in annoyance (ha! Someone lost their bet), and the Noyan’s warm breath touched Will’s face. Will swept his left leg forward and bashed his head toward TeSin. Their foreheads connected, hard.

Will heard the man stagger sideways. The Noyan was a bad sailor. Perhaps he had a chance after– “Uh!” he grunted, as TeSin’s staff caught him in the belly. Will staggered backwards and fell hard on the wooden deck.

Awkwardly, Will got to his feet and, catching his breath, stood listening. The soft plut-plut of the waves; the snap of the wind in the canvas above; the shouting of the sailors; the soft glide of the Noyan’s bare feet on the deck.

And here comes the lunge. Will ducked, felt the sideswipe skim across his back and his kick. He jumped backwards and felt the Noyan’s foot just miss his face. Quite suddenly, the dance of the fight caught him. Oh, he loved those moments; when everything focused on the now. Will didn’t need to see. In the very center of his being, Will knew TeSin’s next move. He feinted; left, right, and barreled forward. His shoulder caught the Noyan hard in the belly (fighting like children!) and the man toppled backwards.

“Go lad!” shouted one sailor, but the rest booed. Doubtless they had lost money.

Will grinned and tore off the blindfold. TeSin lay on the deck coughing, but he smiled, and lifted an arm to Will. “You do well.”

Will took the offered hand and pulled the Noyan onto his feet. “Thank you.” He waved the blindfold at the sailors. “So. Who bet on me?” Two swarthy men raised their hands, grinning. “Thank you, boys. When we’re next in port, I’ll be buying you drinks.” “ 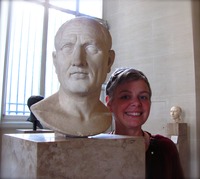 Award-winning author Rachel Stedman lives in Dunedin, New Zealand with her husband and two children. Her first novel, A Necklace of Souls, won Best First Novel at the New Zealand Post Book Awards 2014. In 2012 Rachel was the winner of the Tessa Duder Award and was shortlisted for the Tom Fitzgibbon Award. If she’s not got her nose in a book, she’s on instagram or twitter (@rlstedman) or at her local library. Her website is http://www.RLStedman.com.

Want a FREE collection of fairytales? Then copy and paste this link into your browser: https://dl.bookfunnel.com/k9dl7iv39v

17 thoughts on “A Memory of Fire Excerpt and Giveaway”