Here’s the cover to Sophie Jordan’s sequel of Uninvited!!! 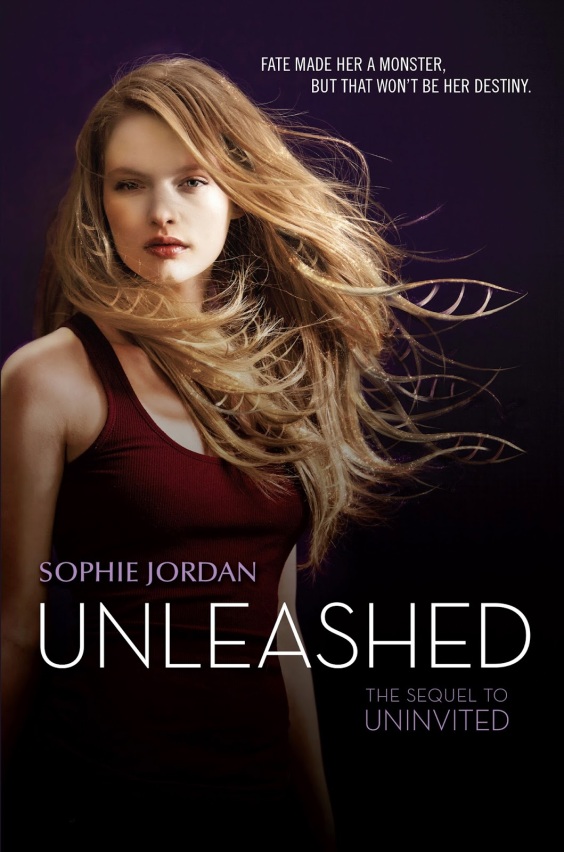 What if the worst thing you ever did was unforgivable?

Davy’s world fell apart after she tested positive for Homicidal Tendency Syndrome. She was expelled from her school, dumped by her boyfriend, abandoned by friends, and shipped off to a camp that turns HTS carriers into soldiers. Davy may have escaped, but the damage has already been done. The unthinkable has happened. Now, even worse than having everyone else see her as a monster is the knowledge that they may have been right about her all along. Because Davy has killed. On the run from government agents, Davy is rescued by Caden, the charismatic leader of an underground group of rebels. Despite Caden’s assurances that the Resistance is made up of carriers like her, Davy isn’t sure she can trust them. Then again, she doesn’t even know if she can trust herself . . . or her growing feelings for Caden. But if she doesn’t belong with Caden and his followers, is there anywhere she can call home?

Beautiful cover isn’t it? I’ve been anxiously awaiting for the sequel to Uninvited! I met Sophie Jordan in the spring and she’s such an amazing author! Uninvited is about a girl named Davy whom is popular and has the perfect life, perfect boyfriend, and perfect friends. She has a full ride scholarship to Julliard and is an exemplary musician. Her world comes crashing down when her test results come back positive for Homicidal Tendency Syndrome. Because of HTS she is uninvited from the school she currently goes to. Davy goes from having it all to having pretty much nothing. Her new school is quite different from the last and since she has the HTS she learns in a secured room with other students whom have HTS from a teacher that really doesn’t care about the students or what they do in his classroom. Davy, and others whom have HTS, becomes targets for violence and are forced into violent situations. The book is intense and deeply thought provoking. The characters are so complex, and you really feel something for Davy as she suffers and endures all her trials. If you haven’t read Uninvited yet you must do so before the sequel comes out!  And make sure you add Unleashed to your Goodreads!