Under the Never Sky by Veronica Rossi

Aria has lived her whole life in the protected dome of Reverie. Her entire world confined to its spaces, she’s never thought to dream of what lies beyond its doors. So when her mother goes missing, Aria knows her chances of surviving in the outer wasteland long enough to find her are slim.

Then Aria meets an outsider named Perry. He’s searching for someone too. He’s also wild – a savage – but might be her best hope at staying alive.

If they can survive, they are each other’s best hope for finding answers.

Under the Never Sky is an intricate world that bursts immediately onto the page with as many startling and new situations as the characters face. I can honestly say that this is the kind of book you will have trouble putting down. I certainly did. Despite the changing of character perspective from the two main characters, Peregrine and Aria, the story as a whole flows as naturally as the Aether described in the book. Want to know what Aether is? Read the book. You won’t regret it. Without giving too much away, which is hard to do, I can say that the book is amazing in many ways. The descriptive detail of people, nature, and the pseudo experiences called the Realms is clearly from an artist’s perspective and will fill your mind with amazing imagery.

Of course, what young adult novel would it be if it didn’t have a romance to spice things up? For me, the romance was quite refreshing from most books I’ve read. Perry and Aria’s interactions from the beginning were surprisingly funny and then very mature towards the end of the book. Both are strong characters with noble quests they set for themselves and despite the feelings they have for one another, they keep a ‘relatively’ clear head to do what they think is right.

At first, it is a bit challenging to read in the beginning, simply because you must learn about two different cultures at once and the different names they may have for one thing. However, with all stories, the style of the writer becomes much more familiar and it became second nature to picture a world this amazing…or should I say treacherous?

I hope you enjoy my fanart of the book and it may inspire all of you to read it and share your own art with the world. Happy reading!

“Talon rested his head on Perry’s arm, drawing in the sand with a stick…Through gaps in the clouds he saw the Aether flowing fiercely, churning like white caps on rough seas. The beach held a blue glow, cast from the light above. Perry drew the cool ocean air down into his lungs, tasting the salt on his tongue.”

About the Author (Amazon & Goodreads): 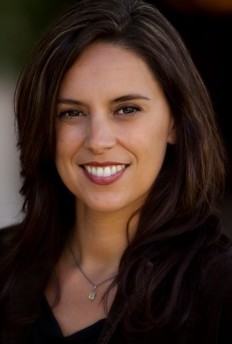 Veronica Rossi is the NY Times and USA Today Best Selling author of the UNDER THE NEVER SKY series for young adults. She was born in Rio de Janeiro, Brazil, grew up in California and graduated from UCLA. She lives in the San Francisco Bay Area with her husband and two sons, one of whom just surpassed her in height.

Veronica Rossi’s debut novel, UNDER THE NEVER SKY, will be published in over twenty-five international markets, starting on January 3rd 2012 in the United States. Film rights to the trilogy have been optioned by Warner Bros.

Click below to add Under the Never Sky to your goodreads!