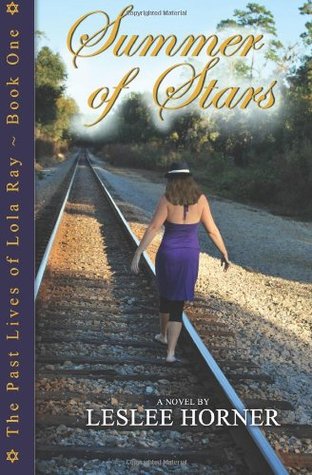 Summer Of Stars by Leslee Horner

In this life, Lola’s family is falling apart. In the last one, they were murdered. In this life, Lola just wants to be normal, without the obsessive urges that have her vacuuming at least three times a day and a bipolar mother who’s the poster child for mood swings. Lola thought that turning fifteen would bring change for the better, but a strange vision puts her on a crowded train headed for Auschwitz. Is she losing it or looking through a window to a past life?

This book is an emotional roller-coaster that takes you through the journey of Lola Ray in just a summer. We begin her story on her fifteenth birthday at the start of discovering who she is. Instead of usually being her friend’s ‘sidekick’, she is stuck with spending her summer alone at home with no car to get around and often no parent to watch out for her. But with this period of isolation, she discovers new things about her self, what might be her past life, as well as new neighbors.

What is so interesting about this book is the intense real world situations that are addressed, but also the supernatural aspect that is played into Lola dreaming of being a jewish girl-what she suspects is her past life. Lola really seemed lost throughout this book with often more questions and answers and like many people her age, trying to discover her own self identity. Struggling with her own OCD, her mother’s mental issues, and her dad becoming more distant puts her life into perspective of what is important and how she can emotionally deal with these issues. A pretty hard task to do at fifteen and on her own. That is when her new neighbor Ian becomes both her confidant and her friend. He is the only sense of normalcy in her life but encourages her to explore her dreams and use it to help her in life.

What is so great about this book is the character development and maturity that reaches each character. We see them become, brave, self aware, and empathetic to even the hardest situations thrown at them. Each of them makes difficult choices that they struggle with throughout the book but in they end they become better for it in their own way.

I encourage all of you to read this book and it’s sequel An Unrequited Fall. 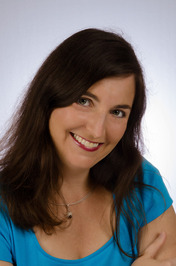 Leslee Horner is a wife and mother of two little girls. She grew up in Charlotte, North Carolina, where she graduated from the University of North Carolina at Charlotte with a degree in Elementary Education. After college, she lived and taught in Columbus, Ohio for four years and San Marcos, Texas for two. She currently lives in Tallahassee, Florida where she volunteers with the youth in her community. In her teens, she came to love writing. The power to move people with words on a page spoke to her. Back then she wrote mostly poems and letters. It wasn’t until age 32, that Leslee tried her hand at writing a novel. It was quite a journey and in the end, she knew she’d found her way back home to the calling she’d left behind.The award-winning novel, SUMMER OF STARS, is the first book in the Lola series, and is the third novel Leslee’s written. Its follow up, AN UNREQUITED FALL, will be released in the fall of 2014.