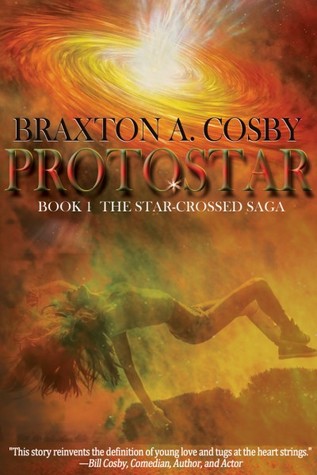 On the brink of civil war, the Torrian Alliance continues with its mission to obliterate Star-children across the universe in order to suppress an intergalactic evil. Following the recommendations of his council, King Gregorio Derry reluctantly agrees to send his only son William on a mission to restore honor to his family name. William seeks to complete his assignment, the elimination of a Star-child named Sydney on planet Earth, but when the assassination is delayed he begins to realize an emotional connection with his target. With conspiracy threatening his home planet, and a hidden menace on Earth seeking to secure a vested interest, William finds himself torn between irrevocable duty and sacrificing everything he stands for to defend Sydney. As William and Sydney struggle to overcome their impossible circumstances, they start to wonder if the connection of two Star-Crossed lovers will be enough to save them from certain doom.

Protostar truly is a tale of star-crossed lovers with twists along the way. With its bittersweet moments between our romantics, William and Sydney, you truly are signing up for a whirling tale of two people quickly falling in love and desperately trying to stay together. Protostar, of course, has quite a bit of mystery surrounding just what a Star Child is and why she is so dangerous, but as you further delve into this mystery you become more and more attached to the passionate people within this thrilling tale.

Most dialogue, especially by William, is woven like a poem and is very artistically appealing to the reader while also reverting to a more old-fashioned style of love and mannerisms. What’s most curious is the internal switch between Sydney’s infatuation with William right away and mistrust when she sees through his lies. Our star-crossed lovers mostly act and react by impulse and sudden urges of what to do, making each movement a bit of a surprise in the story.

Besides following our two main characters, the book also follows the escapades of another duo. Dr. Jasmine Caruthers and Sheriff Henry Gladston that are determined to discover the reason for mysterious earthquakes occurring across the globe. What they discover can literally unravel the mind and leads them to an exciting destiny alongside William, Sydney, and another character.

This of course just reaches the tip of the iceberg with this book as it not only follows a few different characters on their journey but has many different plot lines and causes for mystery to the reader.

So what can an interested reader looking for a book find in this one?

Mystery, teenage romance, supernatural fight scenes, and future battles that may determine the fate of not just the world but also the galaxy. Also, a sarcastic Artificial Intelligence.

Braxton A. Cosby is a dreamer with a passion for inspiring others to love, in spite of circumstance and convenience. His calling to pen a young-adult series that is smart, witty, and thought provoking, has challenged readers to answer the question: What would you choose, love or irrevocable duty? He is the CEO of the media production company Cosby Media Productions, Inc. where he develops content for film, television, music and print. Braxton lives in Atlanta, GA. He also has a blog where he discusses everything from health and entertainment to spirituality and relationships.