He’ll destroy everything and everyone to save her…including himself.

Easton doesn’t believe in love. He believes in death. Darkness. Sin. As a reaper for Hell, it’s all he’s known for more than four hundred years. So when he gets slapped with the job of training the boss’s daughter, an angel that knows nothing but joy, he knows he’s in for a world of trouble.

Though he’s made it clear he wants nothing to do with her outside of work, Gwen will do whatever it takes to get close to the dark and wounded reaper—even taint her angelic image and become a reaper herself. But in all her planning, she forgot to factor in one thing—how far the demons Easton doomed to Hell will go for revenge.

When the dangers of the Hell threaten Gwen, Easton will destroy everything and everyone to save her. But as the darkness closes in, will he be able to save himself? 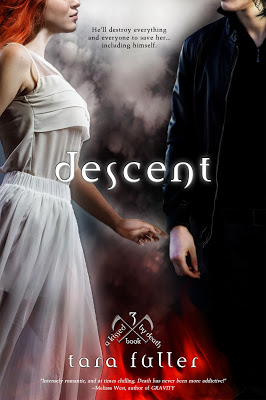 The room seemed to settle into a dangerous calm as we entered, and at least a dozen sets of eyes followed our progress.

“Why are they all looking at me like that?”

“Because most of them have never seen anything like you,” I said. “Put on all the black leather you want, Red, but you’ll never be able to cover up what you are.”

My gaze coasted over the soft curve of her cheek, the slender arch of her neck. She was beautiful, a warm sunrise in a world that had only ever known a cold, unforgiving night. To think I’d even tried to hide what she was from the filth here showed how foolish I really was. There was no hiding the goodness in Gwen.

“Then maybe I should do something to make them think I’m not,” she said, voice small and unsure.

I laughed. “Like what? Murder someone? News flash. Everyone here is already dead, sweetheart.”

“I don’t know,” she said, looking around. “What about that?”

She gestured to a man and succubus on the dance floor. Lips locked together, dancing so close you couldn’t tell where he ended and she began. A group of pain demons closed in on them, waiting for her to deplete and release the drained soul. They’d drag him away and finish him off once she’d had her fill. That was the real dance here.

As much as the thought of having Gwen pressed against me like that scared the shit out of me, she was right. We needed to blend in. I grabbed her around the waist and pulled her against me, telling myself I was only acting. That I didn’t care. She gasped and her hands landed on my chest. She was stiff in my arms, staring at my throat. A table of demons pushed their drinks aside to watch us with suspicious, glowing eyes.

“Gonna need to come a little closer than that, Red,” I whispered against her hair. “Are you a succubus or an angel? Quick survival tip…you want to be the succubus.”

She inched forward and buried her face in my neck, releasing a shaky breath against my jaw. Her mouth pressed against the serpent tattoo on my neck, and I could feel the brand of ink writhe, basking in the pleasure of her purity. My heart kicked a painful rhythm against my ribs. Without permission, my hands slid down to her hips. She felt so warm under my palms, perfectly clumsy, trying to find a rhythm to match mine. I’d never really danced before, but in a place like this, I figured there was no right way. Not when everything was so wrong. Gwen peeked out from under my jaw, looking at the others dancing.

I stopped swaying and forced my hands to loosen their grip on her hips. My blood felt too hot, my body tense and unfamiliar. My gaze dropped to her mouth, and my mind went places it had no business going.

I wanted to kiss her.

I’d never wanted to kiss anyone. Almighty knows that’s all it would take to soil her. One touch from my lips and she’d never be the same.

Other books in this series: 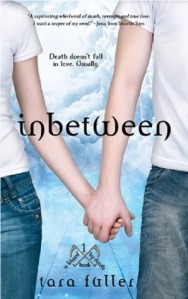 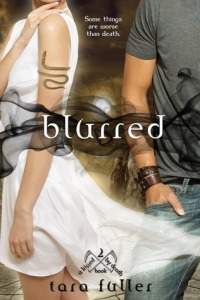 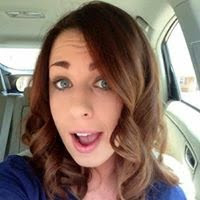 Tara Fuller writes novels. Some about grim reapers​. Some about witches. All of course are delightfully full of teen angst and kissing. Tara grew up in a one stop light town in Oklahoma where once upon a time she stayed up with a flash light reading RL Stine novels and only dreamed of becoming a writer. She has a slight obsession with music and a shameless addiction for zombie fiction, Mystery Science Theater, and black and white mochas. Tara no longer lives in a one stop light town. Now she lives with her family in a slightly larger town in North  Carolina where they have at least three stoplights.