Matthew Caldwell is the author of The Zamler’s Last Stand, and its sequel, the Kindle Scout-winning The Lost Tribe.  He lives in Nebraska with his family.  Matt received his Bachelor’s in History and Master’s in Education at Truman State University in Missouri, and is currently pursuing an MFA.  He has been interested in writing his entire life, moving from comic books to short stories to novels.  Although he now focuses on long-form fiction, he still reads every thing he can find, including non-fiction.  He’s active on Facebook (facebook.com/MatthewCaldwellBooks) and Twitter (@MattLCaldwell) so come by and say hello!

Tell us a little about yourself. How did you begin writing? What inspires you to write?

I began my writing life diving head-first into the worlds I read in comic books. Soon I was writing and drawing my own. When I realized that my artistic talents would never let me earn money on the deal, I focused on the scripts. I wrote superhero, horror, and hybrids of the two, but there was always an element of mystery to it. That’s what I carried with me into prose writing. I still get inspiration from what interests me: the mystery of just being here.

Who is your intended audience and why should they read your book?

Shoot, I still don’t know what genre this book fits into. Again, I’m drawn to mystery, so I think that people who like mystery books will enjoy it. There’s also baseball. And Nazis. Some mentions of the Great Depression and the World’s Fair. I just tried to write an exciting book about the things that excite me.

How did you come up with the title of your book or series?

I admit that the title came to me late in the plotting of the book, and that’s not how I usually do it. Usually I settle on a title pretty soon after I come up with the hook. The Lost Tribe obviously harkens back to the plight of the ancient Jews, but it also described the modern Jews who were driven out of Germany, or captured by the Nazis in Europe. The barnstormers were the final piece of that. It’s really an interesting idea: a group of people with a singular purpose who don’t really know what to do next.

Tell us a little bit about your cover art. Who designed it? Why did you go with that particular image/artwork?

My cover was designed by a friend of mine, the talented Bren McIntosh Duvall. She’s an old college friend, and someone who’s been dazzling me with her creativity ever since I’ve known her. I basically gave her a copy of the book and told her that I’d use whatever came out of her head. I knew from the moment I saw it that it was the cover to my story.

Who is your favorite character from your book and why?

Well this is my second book with many of them. Harry, as I’ve always believed, is definitely my avatar in this world, and Abner is maybe who I’ve always strived to be. Harry is the ego to Abner’s id–they’re parts of a whole, and they’re always trying to save each other. So I guess I’ll cop out and say both of them.

How about your least favorite character? What makes them less appealing to you?

I assume when you write a book involving Nazis that makes the choice much easier, right? In terms of their actions, I would have to say the Nazi officer Vogt. But within those actions–and this isn’t to condone in any way what the Nazis were trying to do–the motivation is interesting to me, the idea that so many people could so wholeheartedly buy into the garbage that Hitler was selling. It really terrifies me, to be sure, that so many intelligent people could fall into that trap.

If you could change ONE thing about your novel, what would it be? Why?

I’d give it one more edit, but I think that’s what every writer would say.

Give us an interesting fun fact or a few about your book or series:

The idea for a “zamler” actually came about from a generic notion I had about people who could take away other people’s bad luck. When I was doing some reading for school (I teach high school Social Studies) I started to delve into Jewish history, and found the word “zamler” as an old word meaning “collector.” Within a few minutes, I’d sketched out the rough idea for what my “zamler” was, and how they could have been beneficial to a community who always seemed on the verge of persecution.

What other books are similar to your own? What makes them alike?

You know, I have a tough time with that question, and I think that ends up hurting me, marketing-wise. If I could find some coattails, I’d jump in a heartbeat. It’s baseball, but with supernatural elements. And Nazis, but before World War II. There’s a thread of family, but they don’t spend a lot of time with each other. How about Harry Potter? The heart of those books isn’t in the magic or any of that, but the bonds of friendship. And it doesn’t hurt that both main characters have similar names…

How can we contact you or find out more about your books?

What can we expect from you in the future?

I’ve begun a new series that revolves around psychics. They’re mystery/thrillers, and written much more in the mode of a thinking-man’s action movie. I’m having a great time writing them.

What can readers who enjoy your book do to help make it successful?

Please leave reviews on Amazon and Goodreads!!! People will trust what other readers have to say.

Do you have any tips for readers or advice for other writers trying to get published?

Write a lot, and don’t be able to throw stuff away if it’s crap. Get used to hearing the word “no.” Take a walk if you get stuck, and leave the phone at home.

Thanks so much for the opportunity to talk about my book with your readers! If you like my book, or any authors’ works, take a second to connect with us to let us know. It really does mean the world to us.

And now, before you go, how about a snippet from your book that is meant to intrigue and tantalize us:

Finally, the catcher put down his call, and the pitcher nodded. Abner tapped his bat on the outside corner of the plate. It was all going to happen now, for better or worse.

To the pitcher’s credit, Harry noted, it was his best fastball of the night, a fact signified by the loud grunt he let out when he released the ball. It zipped toward the top of the strike zone, toward a meeting with white ash or leather, it didn’t know.

But it also didn’t matter. This was the fate of a baseball, to be thrown, or be hit, or be caught, but never to have a say in it.
That never concerned Abner, who’d decided long ago that if he was given a chance to impose his will on a pitch, he was going to do it.

There’s a moment every time a baseball is hit where, at contact, the ball and the bat stop. There has to be, because the ball has to change direction, but it happens so fast that although everyone is watching, no one can see it.

But on that cool field in Munich in the late August dusk, that moment presented itself to Harry. The ball and bat stopped. Abner’s arm muscles tensed like some ravenous predator who had just found prey. The catcher blinked as the swing came directly in front of his view. The crowd yelled but in silence. For a moment, Harry wondered if he would stay there forever.

And then, as if it were a phonograph record being held for a second and then let go, everything began to spin again. 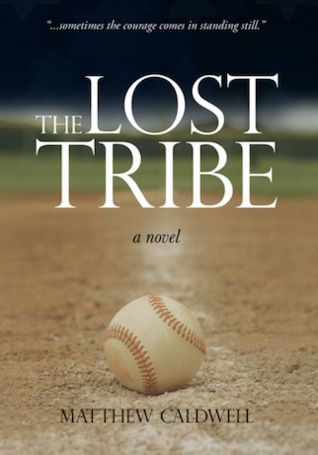 1939. Harry Pike struggles with the rest of the country through the latter stages of the Great Depression. As a sportswriter, he watches as his jobs keep disappearing. As a Jewish zamler, or luck pusher, he feels the need to help his friend Abner, who is lost in the minor leagues in his quest to play baseball.

But when German forces challenge America to a baseball series, another need arises—Harry knows he must mend the broken zamler trails to get the European Jews to safety before the war machine crushes them all.