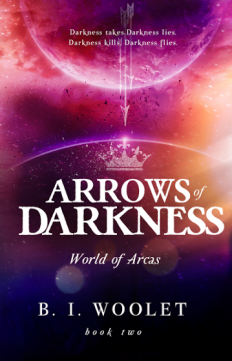 Jackson returns to Arcas expecting to find peace—a peace greatly lacking within his own home. But when a violent archer takes over as Lord of the White Palace, the future of the ancient kingdoms is shaken.

Frightening creatures have overtaken the beautiful Starling Forest, destroying everything in their path. Jackson and Nekkar narrowly escape the beasts together, but Nekkar blames the Son of Earth for releasing the present darkness in Arcas. The rocky, new friendship strengthens as they journey through dangerous lands toward the Free Realms. Can their loyalties survive when the beautifully gutsy Princess Andromeda interrupts their quest and the darkness of war batters their souls?

While Rigel, Otava, and Merope work together to rescue the six sisters trapped at the White Palace, Sephdar returns from shadowy crusades to find White Wings’ army leaderless. The new self-proclaimed ruler has a plan for the Seven Sisters and a plan for The Bridge to Earth. But when his ambitious arrows pierce the peaceful kingdoms, an unlikely force confronts the dark lord and the future of the crowns is changed forever.

Hold to your axe and hold to your lass as you join Jackson to combat the darkness spreading through the world of Arcas. But remember, the most powerful arrows do not pierce the body but the soul. 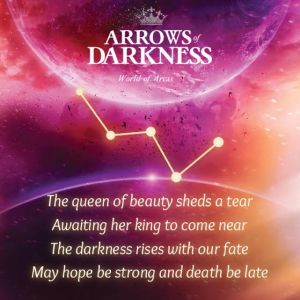 “Mark the door!” Scruuutch. “The queen’s not in this room!” Scruuutch. An axe scraped across a heavy wooden door each time a room was cleared. “Someone’s alive! Come quickly!” another shouted for help.

King Alderamin squeezed the handle of his axe until his knuckles blanched. He could no longer control the passion inside him. Water flowed to his eyes while anger fought like a dam to hold back the flood of sorrow. With no destination in mind, he began running, running, running through the glass and the blood and the toppled bricks. He had arrived too late to outrun the enemy, but perhaps he could outrun the guilt.

Suddenly, the scenery changed. Everything felt untouched as he reached the back hallway. Every mirror was still perfectly intact, every wall still standing. And there was his light brown face in image after image with blood-shot, yellow-brown eyes looking back at him.

“RAAAAAHHHH!” He viciously swung his axe right and left, shattering each image that now looked detestable and pathetic to him. Crash! Crash! Crash! Shards of glass blasted from the sharpened edge of his axe as it collided with the mirrors covering every wall. But the last unblemished mirror that he swung the heavy weapon into didn’t respond as the others. His axe didn’t just sink into the glass; it sunk into the wall itself. The king jerked and yanked, but the iron head stuck firmly. In anger and frustration, he kicked the mirrored wall.

Click-click. Alderamin froze as the wall sprang open. Grabbing the edge of the solid door that was hiding behind a reflective façade, memories fell upon him like rain saturating a thirsty ground. I know this place, he realized, peering into the dusky staircase. Entering the dim passage, he slowly exhaled and inhaled to tame the wild breath of emotions that exited his lungs moments ago. For a moment, the world behind faded.

His fingers traced along the stones on the passageway, but what he felt was a hand interlocked in his, pulling him forward. Pulling him Down. 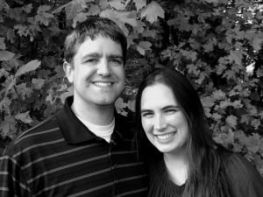 B. I. Woolet (Benji & Ila Woolet) is the author of the World of Arcas series. Their Arcas adventures began with The Hunter, the Bear, and the Seventh Sister and now continue with Arrows of Darkness. When the Woolets aren’t working, writing, or chasing their four little girls around, they are active in their local community and church. The couple enjoys creating lyrical and literary arts, playing music together, and exploring nature. They are happily married and live in Indiana. 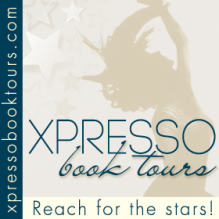