Asher is a Lifer, a slave aboard the spaceship Pelican. A member of the lowest rung of society, she must serve the ship’s Officials and Astronauts as punishment for her grandparents’ crimes back on Earth. The one thing that made life bearable was her illicit relationship with Samuai, a Fishie boy, but he died alongside her brother in a freak training accident.

Still grieving for the loss of her loved ones, Asher is summoned to the upper levels to wait on Lady, the head Official’s wife and Samuai’s mother. It is the perfect opportunity to gather intel for the Lifer’s brewing rebellion. There’s just one problem—the last girl who went to the upper levels never came back.

On the other side of the universe, an alien attack has left Earth in shambles and a group called The Company has taken control. Blank wakes up in a pond completely naked and with no memory, not even his real name. So when a hot girl named Megs invites him to a black-market gaming warehouse where winning means information, he doesn’t think twice about playing. But sometimes the past is better left buried.

As Asher and Blank’s worlds collide, the truth comes out—everyone has been lied to. Bourne Identity meets Under the Never Sky in this intergalactic tale of love and deception from debut novelist Beck Nicholas.

Lifer is a very original story about a girl, a Lifer named Asher, that just lost her brother and boyfriend in a freak accident on board the ship called The Pelican, and is requested to serve The Lady which also happens to be Samuai’s mom, the boyfriend that died. The Lady requested her specifically to help her uncover what has happened to her son. Asher willing helps The Lady and does what she can to unlock the mystery surrounding the mysterious death of her brother Zed and boyfriend Samuai. As she uncovers more and more she begins to feel drawn to the mysterious brother Davyd.

The story also follows Blank, a nameless boy that can’t remember who he is that awakens in a pond on Earth. Earth is a very strange place after the Upheaval. The Company seeks out and kills the remaining refugees that refuse to side with them. Blank begins entering the gambling games to seek information about who he is. As he uncovers the truth he also begins to develop feelings for Megs whom helps him along the way. And as Asher and Blank draw closer and closer to the truth, their lives collide in a very surprising way.

I thoroughly enjoyed Lifer, it was refreshing to read something so different. I feel like the author really excels at world building. She paints an amazing picture of the life on The Pelican, and the world they left behind on Earth. I personally really enjoyed Asher’s story more. I feel like her story is intriguing and really takes off. Plus the mystery of what happened to her brother and boyfriend is an alluring plot. Blank on the other hand was less exciting. I didn’t feel drawn to his character like I was drawn to Asher. But his story is very interesting. It’s just there’s so much to love about Asher, that I really feel like her story shines. Plus her interactions with Davyd are pretty awesome and intense. There were a few things about Blank’s storyline that really irked me and I won’t say on here to refrain from spoilers. Let’s just say, if I could sit down and have a few words with him I so would! Not to say he isn’t a good person, because he is, but after that ending (which is pretty epic, intense, and awesome) I want to have a few choice words with him! Hopefully one of the other characters (maybe Davyd) will get the chance to sit him down and have a talking to him in book two! Because that boy needs to be put in his place!

Honestly the only thing I didn’t really enjoy about the novel was the love stories, aside from Asher and Davyd’s. Their story makes perfect sense, and I love their interactions with each other. Plus they have known each other their whole lives, and their build up with each other is spectacular. But Blank’s and Megs? I’m not entirely sold on it. And honestly (you would have to read the book to understand this) I felt as if  Blank’s love triangle took away from the story a little. Maybe it was because I was so angry with him!

I simply loved Davyd. He is secretive, and mysterious. His intentions are unknown, but I feel as if Davyd has a good heart and I cannot wait to find out more about him in book 2.  It would have been awesome to have some of Lifer in Davyd’s POV. He’s just so dark and mysterious. I want to know what he’s thinking!

Becky Nicholas has invented an amazing world and a truly gripping story about truth, friendship, love, and doing what’s right no matter the costs. Overall Lifer is a an inspiring and intriguing read. It definitely leaves you wanting more. I love the world Becky Nicholas has created, and I love Asher and Davyd. I can’t wait for their story to continue. Some questions are unanswered (purposefully) and I can’t wait to find out the answers to them in the sequel! Hopefully we’ll have a sequel soon so I can get those answers 🙂

Definitely be sure to check out Lifer! I highly recommend reading it!

I always wanted to write.  I’ve worked as a lab assistant, a pizza delivery driver and a high school teacher but I always pursued my first dream of creating stories. Now, I live with my family near Adelaide, halfway between the city and the sea, and am lucky to spend my days (and nights) writing young adult fiction. 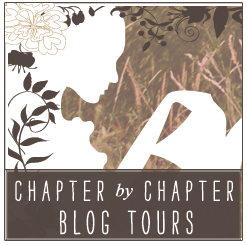 2 thoughts on “Lifer Review and Giveaway”