Welcome to Soulless.
We are the generation that laughs at death.

Reincarnation; what was once considered a gift of immortality has become an eternity of nightmares.

Nadia Richards lives in a world plagued by reincarnation, a system of recycling souls where all past memories, personalities and traumatic events are relived daily in disjointed sequences. Trapped within their own warped realities, not even the richest and most powerful are saved from their own minds unraveling. Madness is the new human nature, and civilizations are crumpling beneath themselves trying to outrun it.

Within a society that ignores death, Nadia appears to be the one exception to the reincarnation trap. Born without any reincarnated memories and with printless eyes, the hot tempered 19 year old quickly becomes the ultimate prize to all those wishing to end the vicious cycle, or for some, to ensure they could evade death forever.

Readers discretion: Adult language, violence and some adult scenes. For mature audiences only. 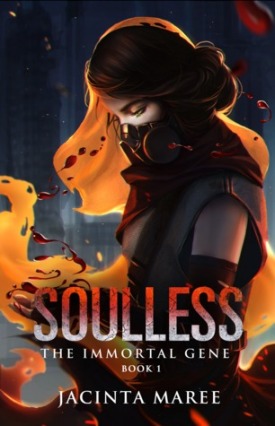 I chose to read this book because I was very intrigued by the book summary.  Let me just say that this book is crazy and insane and I loved every bit of it. I’m still trying to process this book, it was that awesome!

Soulless is a world of reincarnated souls, has been for years, but reincarnation hasn’t always existed. Each time a soul is reincarnated an imprint is placed on the persons iris. The more imprints, the more lives a person lives. Without the drug D040, most people go crazy from all the different personalities living in their brain. Those with the money have practically an unlimited supply of drugs at their disposal in order to decrease the symptoms of the transition (when the brain starts to remember past lives). Those too poor for the drug eventually become drifters and a little crazy. All sorts of disorders are on the rise, like schizophrenia, mood disorders, personality disorders, and people don’t care about death because they already know they’ll come back one day. But then there’s Nadia, a girl without an imprint, a girl that can’t remember her past lives, if they even existed at all. Unfortunate events happen to her and she’s placed in the Alpha Prison, where all the crazy criminals not on the specialized drug are locked up. There she is experimented on due to the fact that she doesn’t have an imprint. And she makes friends with a crazy prisoner that is curious about her, and intends to use her for his own purposes. They break out of the prison and are set down an action packed, intense adventure where Diesel gets a little crazier and Nadia slowly discovers what it means to be Soulless. When living in a world so destroyed, trust is a hard thing to come by.  They face cannibals, make friends, get betrayed, and are shot at almost every turn.

I thoroughly enjoyed this book. I have never read a book quite like this. It’s unique and completely different. Nadia is a wonderful character. She becomes this fierce determined thing that will do anything to survive. Diesel is a little crazy, what with all his past lives living in his brain. I have to be honest, their relationship is a little unhealthy, but I think part of it is because Diesel is a little crazy and they live in a crazy world. Sometimes he’s sweet, sometimes he is just horrible. And he’s desperate to keep Nadia at his side no matter what. At first, it’s a little creepy when he tells her he’ll find her anywhere. But his character really grows on you after a while. Once you get to know him it starts to make sense why he’s so desperate to keep her around. Their relationship is toxic and so intense. I couldn’t help but be intrigued and fascinated by their relationship, and eager to find out where the author was going to take us next. Plus, in a crazy world like the one in Soulless where everyone but Nadia seems to be losing their mind if they aren’t taking some sort of drug to suppress past lives, no wonder the relationship between Diesel and Nadia is the way it is. He’s a little obsessed about keeping her with him, though it’s endearing in a way. And even though Diesel is a little on the crazy side, I have to admit I kind of loved him.

The world building in Soulless was just amazing. Its set way in the future, people are crazy, some are eating each other, and others just trying to survive, and it felt like I was watching a movie.

This book is very violent. I think that if a teenager were interested to read this book, than the parent should probably preview it first. There’s violence, language, and an adult scene that really wasn’t that graphic, but still. It’s definitely intended for mature audiences. If you like dystopian, futuristic stories, filled with action packed adventure and a toxic love story, then I definitely recommend reading this book. It’s a crazy, wild ride! And I am eager to find out where the adventure takes us in book 2!

Born in Melbourne Australia, Jacinta Maree considers herself a chocoholic with an obsession with dragons, video gaming and Japan. She writes a variety of genres including YA paranormal, steampunk, horror, new adult, dystopian and fantasy. Winner of 2014 Horror of the year and bestselling author, Jacinta writes to bring enjoyment to others while fulfilling her own need to explore the weird and the impossible. 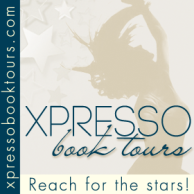