Jasmine’s sixteenth birthday was the worst ever…

All in one day, her dad died, she met a demon, and her mother rejected her existence forever. After all, the demon who killed her dad was there to take her, and all because of her stupid powers—the ability to conjure blue flames.

After moving to Idaho to live with her grandparents, Jasmine has a new life. Almost nobody knows about her powers, and she’s just a normal teenager with normal problems. Then comes her eighteenth birthday—and the earthquake that changes her world forever.

An army of demons rise from Hell. And Jasmine is right in the middle of the battle…

When demons claw their way to Earth, Jasmine is surrounded by hundreds of fire-eyed beasts. Worse, she is captured by a big-shot demon named Bael. He’s a tricky foe with a chip on his shoulder—and the desire to make Jasmine use her powers for evil.

Amon is a fallen angel with an attitude—and everything to lose.

Successfully escaping the underworld undetected, Amon is on a quest to regain God’s grace when he rescues Jasmine from the clutches of a particularly nasty demon he knows all too well. The attraction between him and the not-entirely-human captive is instantaneous. Heavenly sparks fly, but ideas of romance will have to wait. First they have to stop the demon race from wiping out the mortal realm. Humanity’s fate rests in their hands.

Can two troubled angels rise above the flames to ensure a future for mankind? Or will Jasmine and Amon’s souls be bound together—in hell? 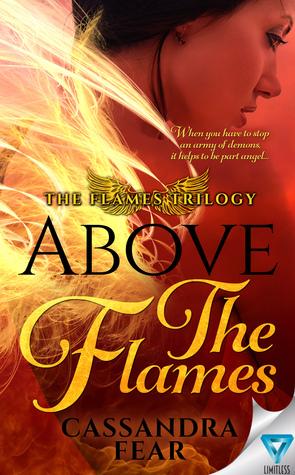 Above the Flames follows the story of Jasmine, a teenager with angelic powers. Jasmine is pretty much a bad ass (probably not as empathetic as she should be) and definitely seems to have bad birthdays. But the cool thing about Jasmine is that she gets to meet Fallen Angels and does what she can to save the world. She does cycle through guys a bit (I think there are three of them throughout the book), but overall I really enjoyed Jasmine as a character. I think she’s courageous and doesn’t mind telling anyone how it is.

Amon was probably one of my favorites from this story. He’s the guy that saves Jasmine in the beginning from a demon and Jasmine is practically obsessed with the guy (but who wouldn’t be, he’s pretty dreamy!)

I think the team that get’s assembled in this story is pretty cool, consisting of angels and humans that have powers. Cole and Gemma are also very likable characters and definitely help keep the reader engaged since they have a lot to offer as secondary characters.

I really enjoyed the interactions between the characters. I think that a book needs to not only have likable characters, a good story ARC, but also how they interact with each other, how the build relationships and how they tear down others. Characters need to help each other grow, or destroy each other. And I think that this is a strength of Cassandra’s.

I think the plot was intriguing and definitely kept me guessing and wanting to read more. The ending left us with a bit of a jaw dropper and definitely left it opened for a sequel. One I definitely look forward to reading!

The only thing I didn’t enjoy about the book was probably how much Jasmine thinks about Amon or Beau and what they think of her. It’s just constant and probably occurs a little too frequently. But other than that, I think it’s a truly enjoyable adventure! Definitely be sure to check it out! 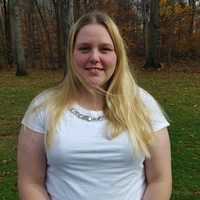 Cassandra Fear lives in Ohio with her husband, two kids and two dogs. Hiking, taking care of her fish tank and reading are her favorite hobbies. She loves chocolate, hates driving in the snow and could eat macaroni and cheese every day. In her spare time, she loves to write, and has always dreamed of becoming an author. Her dreams will become reality with her first book, Above the Flames.
Author links:
Website | Goodreads | Facebook | Twitter
GIVEAWAY:
a Rafflecopter giveaway
Blog Tour Organized by: 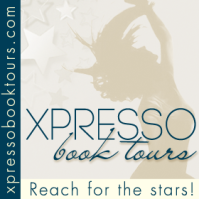 10 thoughts on “Above the Flames Review and Giveaway”