Never go out in the dark.

Always have a weapon.

Sixteen-year-old Val lives by these three rules etched on her arm. Her rules and her gun are the only things standing between her and assimilation by hordes of human-looking aliens she calls Raspers.

By day, Val gathers supplies. By night, she hides and wishes she could go back in time…before her family died…before the annihilation…before the Raspers began stalking her and demanding she join their collective.

But when the Raspers attack in broad daylight, the truth becomes startlingly clear.

A fellow survivor crashes into Val’s life. Adam’s full of charm and promises—like rumors of a safe haven—but there’s something wrong. He’s survived with no supplies, no weapons…no plans. Time is running out. With the formula for survival shifting around her, Val must decide how many rules she’s willing to break to escape the Colony.

The Colony is about a post-apocalyptic world where the scientist have drilled the biggest oil deposit the world has ever seen. But instead of it provided wealth and resources it unleashes a plague on the world. Many people die from this plague, other are infected. And those few that survived are hunted by Raspers. The story follows Val. She had lost her parents and is doing all she can to survive. She doesn’t trust anyone, that is until she meets Adam. When Val turns 16 she breaks into a house where she finds Adam. And Adam knows something she doesn’t. Adam knows of a place that will keep them safe. Together they set out to find the safe place. It’s non-stop action from there on end. It’s an adventure that’s filled with suspense and action. And let me tell you, those Raspers are creepy!

I think the plot of the story is truly gripping. It isn’t your average “zombie apocalypse” story. There’s so much that makes this story what it is. It’s truly enticing! And the characters wonderful. They have so much depth to them. Val is a little stuck on caution mode, while Adam is mysterious and doesn’t mind taken risks if it means he’ll survive. Together they make a formidable team, and their journey to a safe place is not easy. But together, together they pretty much rock. 🙂

The Colony is a great survival story! The world the author has created is truly fascinating. If you enjoy survival stories with great characters and an amazing plot, filled with action that’s nearly non-stop, then be sure to check out The Colony. It won’t disappoint! 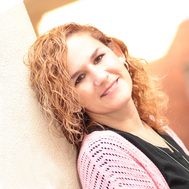 Kathleen wrote her first story in elementary school about a pegasus named Sir Lancelot. It had no plot or conflict, but it sparked a dream. After serving a fifteen-year sentence in retail management, the bulk in big box bookstores, she turned her love of reading into a full-time career writing dark and haunting characters and stories.

She lives by the mantra that a day is not complete without tea. Lots of tea. Kathleen lives in Ohio with her husband, two boys, and two attention-demanding dogs. When not writing or editing or revising, you can find her reading, cooking, spending time with her family, or photographing abandoned buildings.

18 thoughts on “The Colony Review and Giveaway”