A sabotaged colonization attempt leaves the last humans in the universe stranded on Mars. Braving a half-terraformed atmosphere, terrifying indigenous species, and a colony government that is openly hostile, a young girl named Wren must defy tradition to save her mother and perhaps, every human left.

It is forbidden for women to steal the wings that allow a select group of runners to carry messages and goods between colonies. It is forbidden to cross the wastes with a sand storm on the horizon and it is certainly forbidden to share the secrets of the windrunners with those who spend their entire lives in the biospheres.

But what choice does she have? 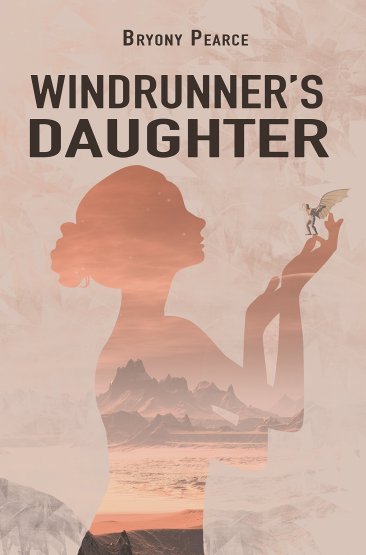 Why I love science fiction and why I write it

When I was growing up there were two bookcases in the spare room full of my dad’s books. He had the full PERN series by Anne Macaffrey, Harry Harrison’s Stainless Steel Rat, Frank Herbert’s Dune, Asimov’s Foundation and books by Ursula Le Guin, Peter Hamilton, Robert Silverberg, Roger Zelazny, Arthur C Clarke, Philip K Dick, Robert A Heinlein, Orson Scott Card, Larry Niven and many more. It was a treasure trove.

The ideas that these authors used set my imagination on fire. This wasn’t writing in a familiar setting, somehow these writers had created entire worlds, with their own civilisations, governments, natural laws, science and nature. They had invented technology that didn’t exist yet – and it made sense. They had explored what it would be like to meet aliens, to deal with life on another planet, or in space. This wasn’t just writing stories; this was universe-building. I was awestruck by their genius.

It wasn’t just the world-building that gripped me, it was the issues that these writers were dealing with. First contact with aliens: an analogy for how Western civilisations deal with other cultures. A robot revolution: man’s relationship with technology and ‘just because we can, doesn’t mean we should’. These books dealt with politics, gender issues, religion, racism. They worked through the possible ethics of new inventions, the things that could go wrong in the case of an outbreak, what we could do to prevent war, the list goes on. These books made me think in a way that I’d never been made to think before. I was in love.

When I came to write my own novels, I started in the world I knew, but added supernatural elements (Angel’s Fury). I was still learning, I wasn’t yet brave enough to try and do what my writing heroes had done – create a whole world from nothing. Once I had learned how to write, I began to teach myself how to put a world together.

My second book, The Weight of Souls was set in London, but with elements of Ancient Egypt. Phoenix Rising was set on a post-apocalyptic earth.

Then my imagination was caught by multi-universe theory and so I wrote a book, Wavefunction,  about a boy who can jump between worlds. In that book I was able to come up with a different, earth-related, world for every jump he made. I was able to consider what the earth would be like if we had completely destroyed the ozone layer. Ask myself what if the polar ice caps had completely melted? What if Christianity had never emerged? What if world war II had never happened? What if the Cuban Missile crisis had resulted in nuclear war?

I had a lot of fun. Science fiction had gripped me, just as it had when I was growing up.

My most recent novel, Windrunner’s Daughter, is finally set wholly on a different planet: Mars. I had as much fun doing the research as I did writing the story.

I researched the planet of Mars, its terrain, gravity, light levels, orbit, moons and so on, I researched terraforming – the possibilities and ethics and I used this to create challenges for my characters.

Story remains key. Character and plot still drive my novels, but now I am writing in the way I always hoped that I would when I was a teenager and in awe of my dad’s bookshelves. I am world building. 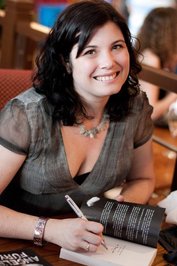 I am an author of YA thrillers and science fiction.