A dangerous quest into a forbidden land wasn’t exactly what Brijit Carnesîr was planning after her graduation from the Academy. For years she has looked forward starting her life as a member of the Coimirceoirí and she is thrilled to discover that she has been chosen as the Academy Apprentice of her year. But despite the fact that she has been longing to go to Séreméla and work with the Elders, it soon becomes apparent that her fate isn’t as rosy as it appears to be. First, she is paired up with a grumpy male apprentice from Stone Mountain, Weylon Forborrow. Second, it doesn’t take her long to discover that the Elders are not taking her to Séreméla, as tradition dictates. Instead, Weylon and her are sent to The Rift, a dead land tainted with evil. Even before they join the Elder royalty at Tèarmann, an ancient fortress on the cusp of the Rift, Brijit discovers that the Elders are hiding too many things. She is given the task of helping the Princess in birthing the long awaited Queen of the Elders but nothing is as it seems. There is talk of an old and forgotten Prophecy, Weylon is attacked by a creature from the Rift and her grandmother is killed, after revealing a secret that rocks everything Brijit knows about her past. Soon Brijit questions everything she had been led to believe and, worse, she realizes that the future of Séreméla and all of Five Corners is in jeopardy, unless she can find a way to save it! 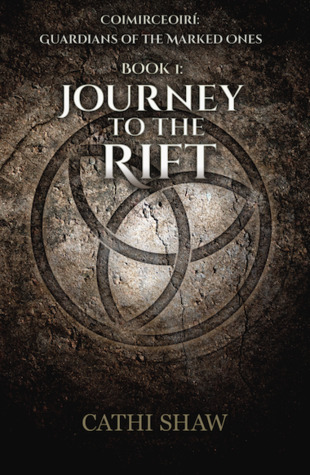 Brijit frowned. A shiver of fear ran down her spine. She hoped nothing had happened to the girls.

Shaking her head, she put her brush down and bent to lace up her shoes. She was letting what she’d discovered in Raspella’s office taint her thoughts. Regardless of what the letter and the map might suggest, it didn’t mean that all of the Academy was corrupt. And there was no reason to think her friends might be in danger. More likely they were still flirting with the boys.

No, Serena and Elsa had nothing to worry about. In fact, Brijit was the one who seemed to have less than loyal instructors at the Academy. Anger began to bubble in her stomach as she remembered what she had read in the letter. Even after what had happened in Merryville, she had thought Raspella was her ally. Clearly, however, she had not wanted Brijit to be chosen as the Academy’s apprentice.

Before Brijit could completely tamp down her anger, the door banged open. Serena and Elsa burst into the room, immediately ripping her thoughts away from her deceitful mentor. Her friends were clearly upset. Serena’s blond curls were escaping from her neat braid, and Elsa’s cheeks were flushed.

Brijit stood up in alarm when she saw the raw fear on Elsa’s face.

Serena closed the door and turned to Brijit, her turquoise eyes shining with tears.

Serena pushed Elsa toward her bed. “We need to act as if all is fine, Elsa. Get dressed for the banquet.” Serena was pulling her day clothes off as she spoke. She paused to wipe the tears from her eyes.

She looked at Brijit and shook her head. “You were right to be suspicious, Brijit. Something is going on, and it’s worse than any of us imagined.”

Cathi Shaw lives in Summerland, BC with her husband and three children. She is often found wandering around her home, muttering in a seemingly incoherent manner, particularly when her characters have embarked on new adventure. In addition to writing fiction, she is the co-author of the textbook Writing Today and the true story, Surviving Logan.

20 thoughts on “Journey to the Rift Book Promo and Giveaway”