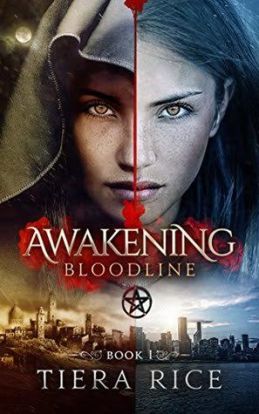 Antanasia knows better than anyone that being royal comes with lots of expectations. Born into war as a Vampyre Witch, she has to battle the ultimate enemy: her own blood. When she has a terrifying Vision, Antanasia fights harder than ever to prevent it from coming to pass. Will she succeed? Or does she die trying?

Nadia is an average teenager celebrating her nineteenth birthday. But her day turns upside down when she starts developing unusual abilities that make her question everything she knew. Searching for answers to her predicament, she finds herself trusting Nicolae, a stranger with a familiar presence. Why does she feel so drawn to him? Will Nadia find answers to the questions about her past and take on her new role willingly? Or will she choose to remain in the dark and deny her destiny?

Purchase
Amazon | Barnes & Noble | Kobo
My Review
I don’t usually admit it but the cover is what really first appealed me to read Awakening. It turned out to be a great decision as this book navigates through the perspective of two appealing characters. Nadia, a girl in present day who just celebrated turning nineteen and falls into a completely different world. Then there is Ananstasia who lived centuries ago and also happens to be a Vampyre with magical abilities.
From reading the summary, I had my own sort of theories about how these characters connected but there were plenty twists I didn’t expect. While the idea of such a drastic time jump between characters would seem confusing, Rice structured the elements of each time to keep the reader entertained. You’re thrown headfirst into this chaotic world. I really appreciated the amazing history you sensed in this story. References and subtle details were revealed that easily tempted you into wanting more.
The changing course of past and present was something I haven’t often experienced before and was really impressed with. Not only was the personalities of our two leading ladies an interesting constrast but so were the very different times. Magic, war, folklore, and family drama were just part of a blended mixture to this story. Overall, Awakening was a thrilling and suspenseful read that was an great beginning to this series. This is best for a mature audience that enjoys a fast-paced and action filled novel.
About the Author 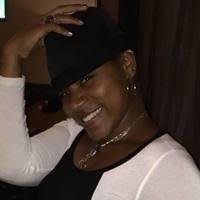 Tiera Rice was raised in Rockland County, New York and is a realtor in Rockland, Westchester, and Orange Counties. She earned her degree in criminal justice from Temple University, is the founder of Laughter and Lemonade: a project that focuses on motivational posters for those experiencing a chronic illness, and co-founder of #26forTiera: a foundation that provides financial resources to single parents battling life-threatening illnesses.
A creator of poems and short-stories for many years, Tiera challenged herself by leaping into the world of novels. Having recently survived a battle with cancer, Tiera decided to use her writing to entertain and motivate her readers. When not writing or selling houses, Tiera can be found spending time with her friends and family, especially her young daughter, fish, and kitty cat. Her other interests include singing, drawing, and dancing.
Author Links
Goodreads | Facebook | Website | Twitter 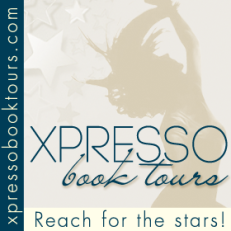