Eleanor, a timid orphan, is a Singer. Her songs keep nature in balance, but when they are stolen from her the grey mist descends, and her world fails to thrive. This timid orphan is forced into a course of action she never asked for, nor envisioned.
Eleanor grapples with crippling self-doubt and fear until she learns these are far more perilous than the physical dangers she faces moment to moment on her terrifying, puzzling and often funny search for The Perfect Tear, a crystal which contains the Third Vibration and able to heal the land. She is horrified to discover that she must defeat an inter-dimensional being or become his accomplice in the destruction of she loves.
But Eleanor is no savior, just a simple girl with strong instincts and she must learn to trust them. Just like the notes of a song must form connections to create a melody, Eleanor must discover the connections needed to create the harmony required to truly save her world.

Eleanor, a timid orphan with an extraordinary musical gift has just turned sixteen. She has no clue to her real purpose, but she refuses to become a subservient old maid, like the miserable nuns she grew up with. Eleanor knows Mother Superior has no intention of letting her leave–her songs are the only thing keeping the grey mist at bay. Her best friend Audrey begs her to run away with her but where would they go? The world outside the Abbey is barren and dangerous. Eleanor finally decides to take her chances and in the act of running away, meets her destiny. The girls find themselves in a strange land full of unknown dangers where they are met by an ethereal creature, Tsera, who gives Eleanor a choice. Go home to Edward, the boy she loves, never to sing again and wait until her world dies or, risk everything to find The Perfect Tear, a crystal that contains the Third Vibration and the only thing that will stop the destruction of her world. 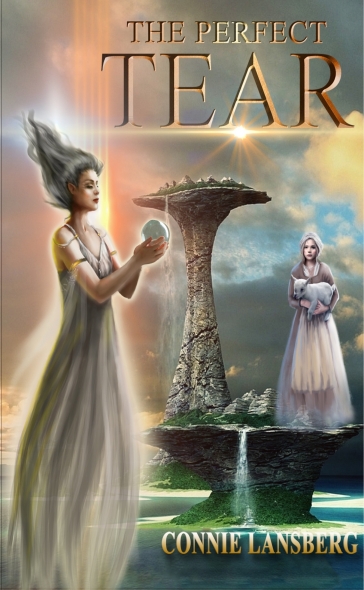 The wind hit Eleanor with a great force. She staggered back, bumping into the wall of the quarter gallery. She had always loved the elements—wind, rain, lightning, and thunder—but always with solid the earth beneath her feet. Here, they were all at the mercy of the storm.

She kept her back against the gallery wall and watched the men struggle with the main mast. The rope had come loose and whipped about like a wild animal. Audrey clutched the railing. Her mouth moved but Eleanor could hear nothing above the shrieking of the wind. Audrey needed to come back to their quarters. She was in danger. Eleanor’s heart pounded. She knew nothing of the sea, but she could feel its power and knew Audrey was too brave for her own good.

Eleanor left the safety of the wall and headed toward Audrey. She pitted herself against the wind. It tore at her dress and whipped her hair around her face, stinging her cheeks.

Edward motioned for her to go back. He looked frantic. She peered over her shoulder to see Bella at the top of the stairs. Why wouldn’t they go below deck where it was safe? She yelled for Audrey to come away from the railing, but Audrey couldn’t hear her over the shrieking winds. Eleanor had to get to her.

The tempest roared past her ears and brought with it another sound. The resonance made her blood freeze. Eleanor felt her body stiffen, and a sense of foreboding took over.

Her gaze darted about, and the hairs on her arms stood up. What was happening? The very air felt different, and the sound, low and ugly, grew louder until she could no longer hear the wind. A small moan escaped her lips. Something was happening. Something bad was about to take place, and she needed to stop it.

In the space of one breath, the wind halted, the rain stopped falling, and the sea grew still. Eleanor raised her head and reached out her hands as if preparing to ward off a blow.

A long-necked creature rose from the sea and towered over the ship. Eleanor pressed her hand to her throat and tried to scream, but the sound stayed trapped within her.

The clouds disappeared, and the serpent glittered in the full moonlight. It was magnificent and terrifying. It opened its mouth and roared. Eleanor shivered.

The ship, lifted from beneath its hull by a massive wave was tilted portside. Eleanor hit the deck hard as Bella skidded by, and she managed to grab the frightened animal. With Bella under one arm, Eleanor slid forward until she was able to fling her arm around the mizzenmast. Audrey hung onto the railing with a terrified look on her face and Eleanor could see she was at risk. The men clung to the main mast, but Edward lost his grip and skidded toward the ship’s railing.

The serpent roared again. It bent its enormous head toward the deck, toward Edward, and the scream inside her finally escaped. This monster was as tall as the barn from which she had jumped all those years ago. She dragged the comb from her hair and pointed it at the fiend. “STOP.”

A beam of liquid light flew from the comb. Within the stream, she could see smaller, pulsating circles of bright silver. The beam grew in size until it split, forming a web around the monster. It acted as a net. It created a barrier between the ship and the demon, thwarting its plan to devour Edward. Its roar was terrifying.

The ship leveled, and the serpent vanished. John raced to Edward’s side and pulled him to safety. The silence was like a thick cloak, and Eleanor stared in wonder at the sparkling net, which hung in the night sky.

She set Bella down and tried to calm herself. Edward was safe. They were all safe for now. Her breath came in bursts. She needed her heart to stop racing. An arm slid around her and she leaned into the support.

Audrey squeezed. “What are those little silver balls of light?” Her voice was soft and full of wonder.

They all stared at the sparkling lights, like tiny stars hung in the night, connected by the web of light.

Eleanor peered up through heavy lids. Her heart finally slowed its frantic pace, but she felt strange as if part of her was suspended in the night sky. She found it hard to move her limbs. She knew what the little balls of light were.

She struggled to speak. “Songs, my songs. Those I have sung and those I have yet to sing–they kept the garden awake.”

Audrey gazed at the wondrous sight and nodded. Eleanor lifted the comb and pointed it at the glistening net. She must call them back for she could not bear the emptiness inside, as though her soul had gone missing. She took a deep breath and readied herself to receive them.

“Not this time.” The voice inside her head reverberated throughout her body. Eleanor froze. The giant serpent reared its head from the sea. With no sound, it opened its mouth wide. The creature swallowed Eleanor’s net of light and all her songs with it.

Eleanor screamed and doubled over, clutching her stomach, and she heard Audrey gasp.

Edward raced toward her. “Eleanor.”

The long tail of the serpent slipped onto the deck and curled around Eleanor. It dragged her to the railing. Bella jumped on her skirts and bit down. Audrey flung herself at the tail. In an instant, Eleanor, Audrey, and Bella were swept overboard.

Connie Lansberg is a singer/songwriter and now author based in Melbourne Australia. She’s had her original songs placed in some of Australia’s best loved TV shows that play around the world and The Connie Lansberg Quartet is a fixture in the Melbourne jazz scene. Her most recent original musical project is Tsera’s Gift, written especially for The Perfect Tear and she performs these songs throughout Melbourne. This is Connie’s first novel and the movie is coming. The record will be out soon.
Connie has received several grants from the Victoria Council of the Arts for the development of mobile phone games that she created.
Connie joined the Melbourne Writers Group in 2010 to work on ideas and scripts and during this time the idea for The Perfect Tear began to develop and take shape. She continued her education by taking scriptwriting classes at the Australian Film and Television School in Melbourne. She has two more stories to complete The Perfect Tear Trilogy and is hoping to have the second book finished in 2017
“The first thing anybody tells you about this business is to say what makes you unique and different, but I couldn’t and the very idea of it never sat well with me and after much deliberation, I finally realized why.
Because, I’m not unique or different-I’m exactly like you and I love that. We each have a unique filter through which we interpret the world, and with this filter in place, I write stories and songs and you might find them surprising or intriguing or confronting, you may relate or you may not. They may make you laugh and sometimes, even cry.
You may or may not understand what I’m trying to say and you may not understand me, however, rest assured, once we get past the filters, at our core, we are wonderfully and beautifully, exactly the same.” 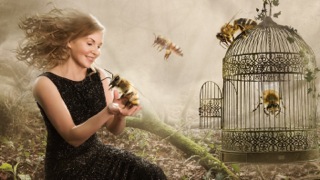 2 thoughts on “The Perfect Tear Promo and Giveaway”