Series: The Glitches, Book One 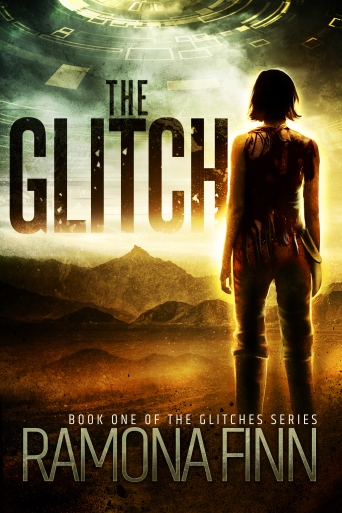 On the brink of extinction, being human means more than just surviving.
In Lib’s world, it’s dangerous to stray from the Norm. In fact, for someone who doesn’t live up to the AI’s standards, it’s practically a death sentence. Lib learns this the hard way when she wakes up with her memories erased in a barren wasteland, and only one thought lodged in her mind:

It’s all her fault.

Lib is a Glitch—an imperfect human component of the utopian Norm. Utterly alone, she’ll have to team up with her fellow Glitches Skye and Raj and the mysterious Rogue Wolf and his clan to survive. Wolf only cares about the survival of his group, but Raj thinks they can hack the AI and change the Norm for the better.

Now, Lib will have to decide which path to choose—whether to go with handsome loner Raj or stay with Wolf and his tight-knit group. Her heart is drawn to both, but she’s carrying a deadly secret that could jeopardize them all. Will she be able to save her newfound family and stop the AI before it’s too late?

The Glitch on Audible | Amazon

I love audiobooks for all the benefits it has. I can listen to an entertaining story while doing other things like driving and cleaning. This book, however, floored me and I spent a good portion of the end completely involved in listening and nothing else. Despite it’s fast pace, it offers a variety of genres in action, mystery, betrayal, and love. It definitely leaves the listener, or reader, wanting more in the sequel.

Lib is an interesting character. Although she wakes with no memory of who she is, her instincts immediately help her and keep her focused. She soon finds out she is a Glitch and the brief memories of a voice tell her to find the other glitches. With this goal, she observes her new and sometimes unwelcoming surroundings and does her best to determine the person she will become. Her own reactions to the leader, Wolf, confuse her and start a chain reaction to branching off and distracting her from her mission. This book has an interesting play between human and machine. For a while, when it described the AI that controls the Norm, I believed it to be run solely by machines. Instead, it is filled with people and even families that serve the AI. Willingly or unwillingly it seems. Lib discovers there is so much more than just a war between the tyrant AI and the Clans.

Lib continues to stay with a Clan after saving a fellow Glitch and quickly shows her value to them with her efficient skill at hacking the Norm. Just when it was starting to development these characters more, the action starts. I am not kidding when I say this book is a whirlwind. When I first started listening, I thought it was actually longer and assumed where it was going. In a flash, another Glitch named Raj convinces Lib to go with him back to the Norm and fix the AI. Together they set off into the Norm and Lib discovers more about herself and her mission. Kaplan does a great job at narrating. While there are certain errors like volume changes, she continues to speak clearly and attuned to each character. I especially liked the subtle ways she brought excitement to each scene and the action as well. I only wish it had been longer so we could get more character development and backstory. I will definitely be getting the next installment!

Ramona Finn writes about courageous characters who fight to live in broken, dystopian worlds. She believes a person’s true characters is often revealed in times of crisis, and there is no greater crisis than the worlds that she drops her characters into!

She grew up sitting cross-legged on her town’s library floor–completely engrossed in science fiction books. It was always the futuristic world or the universe-on-the-brink-of-extinction plotlines that drew her in, but it was the brave characters who chose to fight back that kept her turning the pages.

Her books create deep, intricate worlds with bold characters determined to fight for their survival in their dystopian worlds–with a little help from their friends. And, of course, romance is never out of the question. 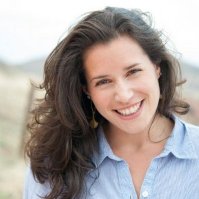 For the past fifteen years I have received extensive training in lyric diction and classical voice. Various experience includes lead roles in multiple opera production through Santa Clara University with semi-professional recording obligations. For a minor in Lyric Diction at Santa Clara University I was required to take 6 units of Lyric Diction learning the correct pronunciation of languages including Italian, German and French (and of course English) as well as four years of private vocal training. Outside of musical endeavors I have experience with various characters and voices of my own creation included in my stand up comedy set.

➜Sign up as a host here

1 thought on “The Glitch: Review”