THE ADVENTURES OF
MISS VULPE
A Coming of Age Story for Adults
by
MARIA ELENA SANDOVICI
Genre: Contemporary / Women’s Fiction / Coming of Age
Date of Publication: April 7, 2017
Number of Pages: 160 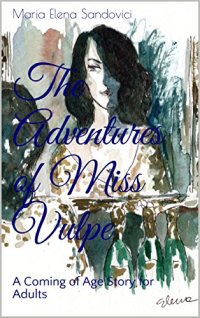 Ana Petrescu (aka Miss Vulpe) is a troubled teenager determined to solve the mystery of her parents’ double suicide. Escaping the scrutiny of her legal guardian and the unwanted interference of several therapists, she starts looking up people from her mother’s past. Her sleuthing requires her to lie about her identity, her age, and her lack of experience with men. While impersonating Miss Vulpe is more fun than going to school, there’s bound to be trouble and heartache when her web of lies unravels.
CLICK TO PURCHASE

Next to an illegal GPS, the cabbie has a whole display of Greek Orthodox icons. Praying probably comes in handy since he drives like a maniac, the car is a piece of junk, and there are no seat belts in the back. She loves this last detail, especially since Rogers asks her to buckle up, and she can disobey through no fault of her own. The music blasting through shabby speakers is delightful. New music has come out since she’s been gone. New songs to form a soundtrack to her city. The trees are still in bloom, birds chirp, and there is a lyricism to everything that contrasts with the heavy traffic, the honking, and the swearing. Her city is a beautiful and complex universe, a labyrinth of the absurd and the delightful. She takes in the wide boulevards lined with trees, promenades, and stately mansions with the same delight with which she surveys the grey buildings, vestiges from hard times she hasn’t lived, the shop windows displaying new and colorful wares, the travel-weary commuters waiting at bus stops, and the occasional spiffy-dressed cyclist upon whom their pot-bellied driver finds it appropriate to bestow a whole litany of insults. Apparently hipsters on bicycles are destroying the city. Ana smiles. She’s been gone three years, and her city has a new energy to it. Her magical metropolis has even more zest for life than before, and whether the cab driver wants to accept this or not, both he and the pretty girls cycling in skirts on colorful bicycles are part of this, like a yin and yang. There’s so much old stuff she’s missed, and so much new stuff she wants to discover. Chic coffee shops and bookstores and boutiques, cobbled streets and renovated facades, old dusty shacks about to crumble, and through it all that penchant for both romance and anxiety that no other city in the world, she’s sure of it, can throw in your face with such self-deprecating humor. 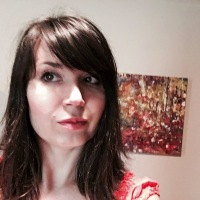 Maria Elena Sandovici lives in Houston with her dog. She travels to Bucharest often and also to Spain, but her favorite trip remains 45 South to Galveston. She has an art studio at Hardy and Nance in the Warehouse District, open the third Saturday of every month, blogs daily at havewatercolorswilltravel.com, and writes poetry in the voice of her dog. She is also the author of three previous novels about women who are struggling with finding their place in the world. 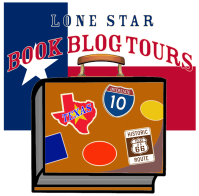