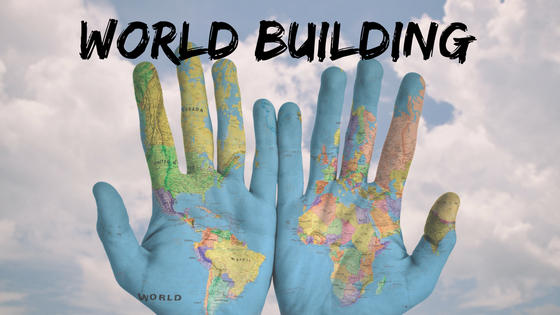 Hi guys! My name is JM Sullivan, and I am the author of Alice: The Wanderland Chronicles. When Becca asked me to chat with you this month, I was so excited to oblige, and then she told me she wanted some tips on World-Building.

Ok, so maybe my reaction wasn’t quite that dramatic, but it did give me pause. See, world-building is TOUGH. There are so many different parts to creating an elaborate world that it can seem daunting to even the most skilled writers.

But here’s the thing: without solid world-building, your story has no legs to stand on. Whether you’re working with fairy tales, science-fiction, horror, or even contemporary, the world you place your characters in has a huge impact on the events and ultimately, the ‘believeability’ of your story. You can have a killer cast of characters, but if your setting doesn’t fit, your reader won’t be able to slip into the tale you’ve so carefully crafted.

So, how can you make sure you’ve built a world readers want to get lost in? While it is a craft that definitely requires practice and finesse, a few simple steps will get you started on some very solid footing. Just remember your ABCs!

The ABCs of World Building

1. Atmosphere: First, you need to consider the atmosphere of the world you’re crafting. And NO, I don’t mean the mixture of gases that surround the planet your characters inhabit (although, if you write Sci-Fi, that may actually be a valid point to consider). Think about your favorite restaurant or hangout. What do you love about it? Is it the music they play, the lighting, or the vibes you get from the people who frequent it? All that makes up the atmosphere. Your world has an atmosphere too! When you picture the world your characters are in, what do you see? What kind of vibes are you hoping to give your reader? Odds are, if you’re writing a dark story, you aren’t going to want to paint a world filled with sunshine and rainbows. Similarly, the setting of a light-hearted contemporary shouldn’t make your readers want to cringe. A tip I find helpful is creating a soundtrack for my book. I think of the ‘feel’ I want to accomplish and find songs that help me picture it. For example, my Alice playlist was filled with dark, harsh beats and tones by the likes of Halsey, Melanie Martinez, and the Twenty-One Pilots. My Peter soundtrack has a Sci-Fi feel with lots of electronica and techno beats. It helped me to picture the world better in my head and paint it more clearly on the page. What is it you are seeing? How can you make your reader ‘see’ the same thing? Take a second and see how answering these question helps solidify your setting.

* What does it look like? If you were to take a picture of the scene, what would you see?

* What’s the climate/environment like? Is it hot, cold, neutral temperature? Are there seasons, or heavy weather?

* What are the people like? Is it a friendly community, or are they more cutthroat? Is there a reason they act like this?

* What kind of government is there? Is it neat and orderly? Chaos? Somewhere in between? What does that look like?

* How does it sound? Are your characters more likely to hear laughing or crying? Screaming? Is there a predominant accent or many different tongues? How about an anthem that moves the story? What sounds do you associate with your setting and how can you translate them into words?

2. Background: Ok. So you’ve got your picture. You know what you see, what your characters see, and hopefully what your reader is seeing. Now take a second to figure out how your world got that way. Understanding the background to your story can give you a solid foundation to help explain the WHYS of your world building. Sure, you could say that in your world cats have mutated and now everyone rides their pet Persians to work (I mean, you’re the author, it’s your prerogative), but unless your reader understands why, they are bound to have questions. And too many questions will jar them from your story. Picture the world you’ve dreamt up. Now figure out WHY it looks that way. We all know the saying that Rome wasn’t built in a day—what happened in all of the days that made it the fantastic empire it became? The same goes for your world. Think about what happened in the past to make it the way it is for your characters NOW.

* What is the history of your world?

* Have war or religion been a part of your world’s history? What impact have they had on the land? On the country? On individual people?

* What advancements have they made? Are they on the breaking edge of science and technology, or are their lifestyles more primitive?

* Are there any significant historical events that your reader needs to be aware of?

3. Characters: Alright. We’re almost done! You’ve got your picture painted, and know how it got that way. Now, you need to know how your characters fit in. Think about the players in your story and imagine them in their natural habitat. How do they REACT to the world they are in? If they are in a dystopian setting, are they only concerned with survival, or are they trying to make it better? Knowing what your character’s feeling are towards the situation they’ve put in will make it easier for you to portray those same emotions to your readers.

* What is your character’s attitude towards the world? Do they embrace it or want to change it?

* How has the world impacted your character? Has it affected their personality or viewpoints in any way?

* Is your character’s viewpoint towards the world drastically different than other characters? If so, why? What makes them feel so strongly about it?

It may seem like world-building is an insurmountable task, but in all likelihood you’ve probably considered some, if not all of these aspects of setting. The hard part is putting it together. But, if you remember your ABCs and consider Atmosphere, Background, and Character, you can build a complex setting around your characters that seamlessly draws your readers into an engrossing and believable world they never want to leave. 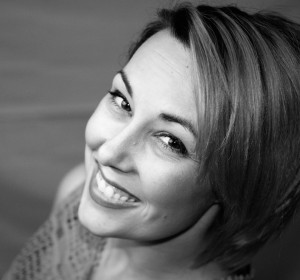 J.M. Sullivan is a Science Teacher by day, and an author by night. Although known to dabble in adulting, J.M. is a big kid at heart who still believes in true love, magic, and most of all, the power of coffee. If you would like to connect for a healthy dose of sparkle and positivity, you can find her on Twitter or Instagram @_JM_Sullivan.

Be sure to check out JM’s new debut novel! 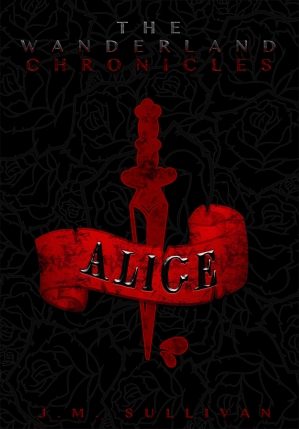 Ever since the outbreak of the Plague, life hasn’t been easy, and for seventeen-year-old Alice Carroll, it just got worse. Her sister, Dinah, has contracted the ‘un-deadly’ Momerath Virus and without a cure, will soon be worse than dead. She’ll be momerath.

Alice must leave the safety of the Sector and venture into Momerath Territory to find the antidote – if it exists. Chasing a rumor about a mysterious doctor with the cure, Alice falls down the rabbit hole into Wanderland, where ravenous momerath aren’t the only danger lurking.