Winter 1888. At an asylum in the English countryside, a man suspected of being Jack the Ripper kills an orderly and flees into the rain-soaked night. His distraught keepers summon the Lady Vivienne Cumberland—who’s interviewed their patient and isn’t sure he’s a man at all. An enigmatic woman who guards her own secrets closely, Lady Vivienne knows a creature from the underworld when she sees one. And he’s the most dangerous she’s ever encountered.

As Jack rampages through London, Lady Vivienne begins to suspect what he’s searching for. And if he finds it, the doors to purgatory will be thrown wide open…

Across the Atlantic, an archaeologist is brutally murdered after a Christmas Eve gala at the American Museum of Natural History. Certain peculiar aspects of the crime attract the interest of the Society for Psychical Research and its newest investigator, Harrison Fearing Pell. Is Dr. Sabelline’s death related to his recent dig in Alexandria? Or is the motive something darker?

As Harry uncovers troubling connections to a serial murder case she’d believed was definitively solved, two mysteries converge amid the grit and glamor of Gilded Age New York. Harry and Lady Vivienne must join forces to stop an ancient evil. The key is something called the Thirteenth Gate. But where is it? And more importantly, who will find it first? 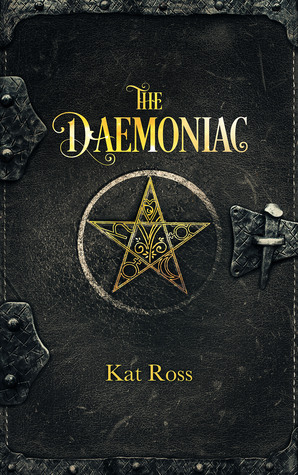 It’s August of 1888, just three weeks before Jack the Ripper will begin his grisly spree in the London slum of Whitechapel, and another serial murderer is stalking the gas-lit streets of New York. With taunting messages in backwards Latin left at the crime scenes and even more inexplicable clues like the fingerprints that appear to have been burned into one victim’s throat, his handiwork bears all the hallmarks of a demonic possession.

But consulting detective Harrison Fearing Pell is convinced her quarry is a man of flesh and blood. Encouraged by her uncle, Arthur Conan Doyle, Harry hopes to make her reputation by solving the bizarre case before the man the press has dubbed Mr. Hyde strikes again.

From the squalor of the Five Points to the high-class gambling dens of the Tenderloin and the glittering mansions of Fifth Avenue, Harry and her best friend, John Weston, follow the trail of a remorseless killer, uncovering a few embarrassing secrets of New York’s richest High Society families along the way. Are the murders a case of black magic—or simple blackmail? And will the trail lead them closer to home than they ever imagined?

Book one in this series is unlike anything I have ever read before. Think Sherlock, but it’s a girl investigating by the name of Harry with her life long friend John, a doctor. Harry’s sister, whom takes on several odd cases is gone for a few weeks when a new case lands in Harry’s lap. She pretends to be her sister, unable to refuse the people that need help and sets herself to find out exactly what happened to a person that has gone missing.

As far as characters go, Harry is quick on her feet and utterly brave. To uncover the truth she puts herself in these sticky situations that honestly had me biting my nails. I also really loved John. He is Harry’s rock, always there to help her, always there for her. John is definitely Harry’s Watson. They are a formidable team and I found myself more than once hoping something would spark between the two of them.

The world building in this is magical. It’s like falling into the time of Jack the Ripper. Kat Ross really draws you in with this brilliantly crafted historical fiction with it’s edge of supernatural and mystery. She paints a perfect picture of her world, one I could easily get lost in with her descriptions and cleverly crafted characters.

The Daeomoniac is charming, witty, and suspenseful. A must read for fans of Sherlock Holmes!

Kat Ross worked as a journalist at the United Nations for ten years before happily falling back into what she likes best: making stuff up. She lives in Westchester with her kid and a few sleepy cats. Kat is also the author of the dystopian thriller Some Fine Day (Skyscape, 2014), about a world where the sea levels have risen sixty meters. She loves magic, monsters and doomsday scenarios. Preferably with mutants.

3 thoughts on “The Thirteenth Gate: Book One Review and Giveaway”