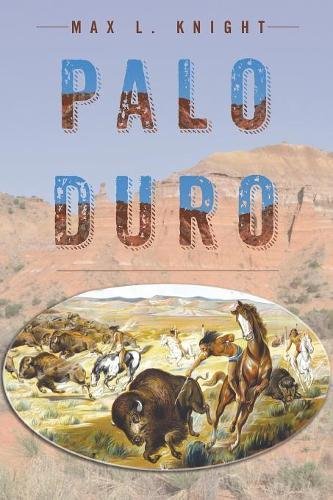 Westward expansion following the civil war ushered in an era of increased conflict between the Southern Plains Indians and white settlers. Peace treaties offered temporary suspension of hostilities, but more often than not resulted in broken promises as the two cultures clashed over land. The construction of frontier forts and towns, the decimation of the buffalo herds, the movement of cattle through Indian lands to burgeoning western markets, – all of these forces threatened a way of life that had existed for centuries.

The Comanche, the Southern Cheyenne, the Kiowa, the Apache all fought to protect their customs and homelands. The clashes were characterized by savagery on both sides – Indian and white. However, finite numbers and options would ensure the tribes’ defeat; they faced certain death or forced relocation and their days were numbered.

Though the Indian wars are the focus of Palo Duro, the novel also captures the spirit of the “Old West” with its depiction of the great cattle drives from Texas into Kansas, New Mexico, Colorado and Montana, the cattle barons and the trail blazers, the outlaws and gunslingers, the lawmen and Texas Rangers, and the settlers and entrepreneurs who built this country. It chronicles an era characterized by heroism, brutality, and bold ventures while paying tribute to a genre that is fading from public consciousness – the western. It is the story of the Southwest United States towards the end of the nineteenth century and the rugged individualism that forged a nation.

This book captured Central Texas in the post-Civil War era better than any other book I’ve read. It was well researched, well written, and easy to read. I enjoyed this book more than Empire of the Summer Moon, the standard setter. I recommend this to readers of any level, even if you dislike history, as this book is that good. – Jeffrey R. Murray, Amazon review

Max Knight brought to life the saga of how Texas tamed their frontier. He presents a colorful experience with characters effectively placed throughout his story. If you have any interest in Texas history this book is a must read. – AmazonJacki, Amazon review

Palo Duro is an exceptional novel, well researched; a must read. – Chuck B., Amazon review

Reading this book is a great way to deepen and appreciate one’s Texas roots – or if you are not a Texan to understand and enjoy what makes Texas, well, Texas! I found this novel to be especially entertaining as well as informative. Made me want to go back and read Lonesome Dove again! – Michael P., Amazon review

In the spirit of the old Western genre of Zane Grey and L’amour, Max Knight pays homage to our national heritage with this fictional but historically accurate labor of love that warms the heart with his vivid imagery and authentic tone of America’s illustrious and sometimes brutal past. – Chester Sosinski, Amazon review

Quanah Parker was surprised to find his sworn foe standing in front of him. Charles Goodnight had been one of the Texas Rangers that had “rescued” Cynthia Ann Parker and her daughter from the Comanche and returned them to her white “family.” Cynthia Ann had been living with the Comanche since her abduction at the age of eleven. She’d married and bore several children (Quanah amongst them) during her time amongst the Indians, and her rescue had separated her from the only life she really knew. She had been unable to re-assimilate into white society and, after her little girl died from an illness, Cynthia Ann succumbed to inconsolable grief, dying from “a broken heart.”

Quanah Parker blamed the man that now stood in front of him waiting for his response.

“You know I’ve sworn to kill you,” replied Quanah.

“You can do that. But in spite of our pasts, I think you might want to hear me out.”

Quanah gestured to the entrance to his teepee and preceded Charles Goodnight inside. The smell of smoke permeated the air and, as Goodnight surveyed the interior, the scalps on the war lances lying against the hide walls caught his attention. Both men took a seat opposite one another.

“What is it that makes you think you’ll leave here alive?” asked Quanah.

“Well, your own sense of honor won’t let you kill me, at least not here anyway. And, I’ve come to believe you’re an honorable man that only fights for his people’s survival. If that ain’t true and you’re just the savage that others believe you to be, then I guess I’m a dead man.”

“Speak what’s on your mind.”

“I’ve a proposition for you,” Goodnight began. “The buffalo are vanishing and along with them your people’s food source. No matter how hard you resist, the white hunters aren’t going to stop killing them for their hides, and the Army will continue not only to protect those hunters from your warriors but they will pursue you to the ends of the earth. Your numbers are dwindling. However, there is no need for anyone to starve. I can offer you a way to feed the people without conflict.”

“Let me graze cattle within the walls of this canyon and I’ll provide you with enough meat so your people won’t starve. I only ask that you leave the herd and me alone.”

“The white man has promised food to us before on the reservations. Those promises were lies,” said Quanah.

“I’m not negotiating for the government nor am I making promises on their behalf. I want to live here with my wife and raise cattle. In exchange for peace between us, I promise you meat. I’d rather find some accommodation between us than fight, but I’ll do the latter if I have to.”

“I know you can fight, Goodnight,” reflected Quanah Parker. “The Comanche can also fight, but time is not on our side.”

“War is coming to Palo Duro Canyon eventually,” Charles Goodnight continued. “But I’m not a party to what the military does or don’t do to the Comanche people. I can only speak for myself. I’ve seen enough killing on both sides. I lost my partner to these Indian Wars and I’m prepared to let that go, just as I hope you’ll see that seeking revenge for your mom and little sister won’t bring them back. Many Comanche may yet die holding onto your way of life, but the old ones, the women and the children should not starve to death because the buffalo are gone.”

Quanah sat silently for a time. The winter of 1873 had been brutal. There had been too few buffalo chips to heat the lodges and not enough food for everyone. The “swirling whiteness” had included sleet, snow and ice. The fierce winds had blown away shelters killing people within minutes; livestock had fared even worse. With no shelter the horses so important to the Comanche had frozen to death. Additionally, just as Charles Goodnight had pointed out, the U.S. Army was now relentless in its pursuit of the Quahadi and all the Comanche. Quanah Parker knew Goodnight was right in his assessment that war was coming to Palo Duro Canyon.

Finally raising his gaze to look Goodnight in the eyes, Quanah nodded his head in agreement. Both men stood. Charles Goodnight offered his hand and Quanah Parker accepted the gesture and shook it to seal the deal. 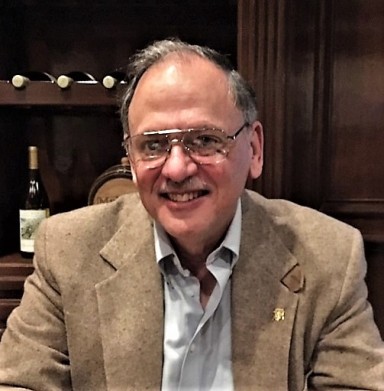 Max L. Knight was born in Panama in 1949, and was raised both in the Canal Zone and in San Antonio, Texas where he now resides with his wife, Janet “Gray.” A proud member of the Corps of Cadets and graduate of Texas A&M University (Class of ’73), he received a bachelor’s degree in English and a Regular Army commission and served the next twenty-four years as an Air Defense and Foreign Area Officer before retiring in 1997 with the rank of Lieutenant Colonel. After leaving the Army, Max spent the next five years working for RCI Technologies of San Antonio, becoming its Director of Internal Operations.

Separating from the company in 2002, he volunteered to be the first docent at the Alamo working within its Education Department before once again serving his country as a Counterintelligence Specialist in Europe, Central America, Asia and the Middle East through 2013. Max speaks several languages including Greek and Spanish. He also holds a Master of Science degree in government from Campbell University. He has written and published two books to date: Silver Taps, a personal memoir of his relationship with his father and a tribute to his alma mater, and Palo Duro, a novel focusing on the Indian wars in the southwestern United States at the end of the nineteenth century. 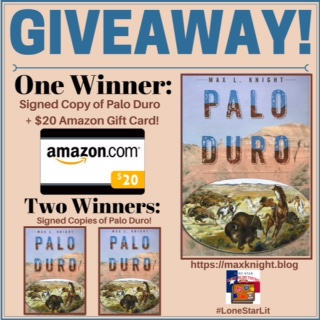 VISIT THE OTHER GREAT BLOGS ON THE TOUR 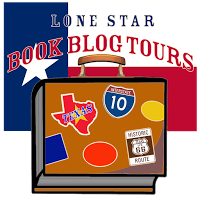