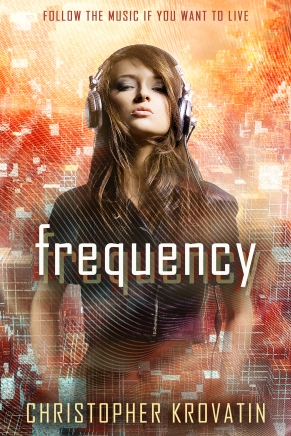 Five years ago, Fiona was just a kid. But everything changed the night the Pit Viper came to town. Sure, he rid the quiet, idyllic suburb of Hamm of its darkest problems. But Fiona witnessed something much, much worse from Hamm’s adults when they drove him away.

And now, the Pit Viper is back.

Fiona’s not just a kid anymore. She can handle the darkness she sees in the Pit Viper, a DJ whose wicked tattoos, quiet anger, and hypnotic music seem to speak to every teen in town…except her. She can handle watching as each of her friends seems to be overcome, nearly possessed by the music. She can even handle her unnerving suspicion that the DJ is hell-bent on revenge.

But she’s not sure she can handle falling in love with him.

As she closed the door, Horace sat down on the bed, a bitter look spreading across his face. “What’s up?” he said.

“I’m sorry I missed the beginning of your set,” she said. “What happened?”

He waved a hand in front of his face. “Apparently, there’s someone else coming in, some friend of Tess’s who wants to… It doesn’t matter. Don’t want to talk about it.”

“Hey, look,” she said, sitting down next to him. “It’s okay to be upset. That really sucks. I’m so sorry.” He went to gulp his beer, and she reached out and held his wrist, stopping him. “But you’re drinking really fast. Please take it easy, okay?”

Annoyance crossed his face, but then he considered the cup and nodded, placing it on a bedside table. “You’re right. You’re totally right. I’m sorry, Fiona, I just…uuuugh, I feel like such a dick. I worked all week on a set that no one got to hear.”

“It happens,” she said. “Besides, these assholes wouldn’t appreciate your stuff anyway. You’re too good for them.”

Finally, there it was—a smile. A reluctant one, maybe, but she’d take it.

“You’re too good for me,” he said, putting an arm around her. “Thanks, babe, I…needed this. I needed you to talk some sense into me.”

“I just want you to be happy,” she said, riding the sudden rush of relief. 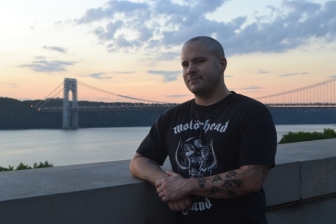 Chris Krovatin is an author and journalist of some ill repute. His past novels include Heavy Metal & You, Venomous, and the Gravediggers series. He is a contributor to Revolver Magazine and MetalSucks.net, and formerly sang in Brooklyn-based metal band Flaming Tusk. He is an avid fan of weird fiction, the occult, horror movies, heavy metal music, and Halloween. A native New Yorker, he now lives in Denver, Colorado.