New Life, New World, New Problems
Alexandria Duvalier’s new life on the magical world of Meredith takes a shattering twist when her father, the Duke of Wheel, pledges her hand in marriage to the cruel lord, Rodric Regret. Desperate to escape his clutches, Alex flees the city with the help of her friend, Tell Tollet, a handsome lieutenant in the city guard. But their freedom is short-lived when Rodric’s brutal brother, Stefan, joins in the pursuit.
Hotheaded Prince Tal, heir to the throne of Meredith, has but one goal: kill the Dark Queen and destroy the Veil, the enchanted barrier which has ensnared generations of his people. He discovers a breach in the magical wall and leads an army through, bent on completing his mission.
When an unusual and potent magic calls to him, he follows its trail back to Alex. Thrown together by circumstances and chased across the wilderness by the ruthless Lord Stefan, Tal and Alex are drawn to each other by the greatest magic of all—love. Now they just need to stay alive . . .
CLICK TO PURCHASE

An arrange marriage to a wicked lord, Alex flees the city with her friend Tell Tollet. But Lord Rodric isn’t about to let her go. His brutal brother Stefan is on the hunt to find Alex and bring her back tot he dark lord. Her journey sets her in the path of the handsome but hot tempered Prince Tal of Meredith with the intent of killing the Dark Queen and bring down the veil. Escape from Wheel is a magical read that ensnares you from page one.
The characters and their interactions with others was the heart of the story here. I really enjoyed reading from both Alex’s and Tal’s point of view. Perhaps my favorite thing in this whole entire book was the villain. Rodric Regret was so well written! He was witty and charming, and at times quite comical to me. I loved the dialogue he shared with others. And though he was a terrible person, I still couldn’t help but be charmed by him.
Another thing I thoroughly enjoyed about Escape From Wheel was the magical creatures. There were flying horses and crazy combinations of different animals that were so vividly described that I loved reading and picture how they would look.
One thing that I wasn’t expecting but quite surprised me in this book was the drawings. The detail is picturesque and helps to paint the picture of the wonderful story Clifton has created. I loved this contribution to the text.
Though this book is book two of the series, I couldn’t help but fall into this magical world. The characters, the world building, the magic, adventure, and romance, was exactly the kind of book I have been looking for lately. I’m a huge fantasy fan and Escape From Wheel was fast pace, imaginative and purely enjoyable.
Rating: 4.5/5 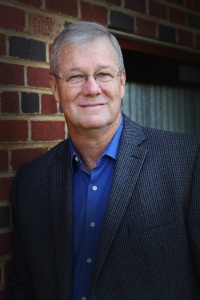 1 thought on “Escape From Wheel: Review and Giveaway”