Sterling Wayfairer has one goal for his senior year: make his mark. He’s been slipping into the background his whole high school career—distracted by his mother’s mental health, unsettled by the vivid dreams that haunt him at night, and overshadowed by the athletic accomplishments of his popular best friends. But this year is going to be different. He’s going to break a few rules, have some fun, and maybe even work up the nerve to ask his crush out on a date.

But things don’t go exactly as planned. Students are disappearing, Sterling starts losing time, and it all seems to center around Tetra, a girl no one else seems to notice but him. When he finally tracks her down for answers, they aren’t what he expects: He and Tetra hail from a world called Noba, and they’re being hunted by a Naga, a malevolent shapeshifter that’s marked them for destruction.

Tetra and Sterling have distinct abilities that can help them fight back, but their power depends heavily on the strength of their bond, a connection that transcends friendship, transcends romance. Years apart have left their bond weak. Jumpstarting it will require Sterling to open his heart and his mind and put his full trust in the mysterious Tetra.

If he doesn’t, neither of them will survive. 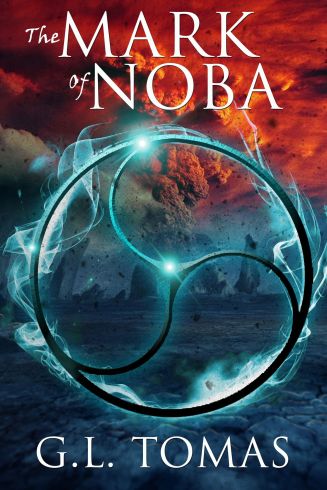 Grey and I weren’t on the same wavelength when it came to girls as Kip and I were. There’s no way Kip didn’t notice the new girl; he never missed a new face.
“Hey, anyone notice that girl in gym class the other day?” I leaned my elbows on the table and checked to see no one was listening. Grey and Kip faces distorted in confusion.
I popped open my can of soda, but didn’t take a sip. Everything I was about ask required my complete concentration.
“What girl?” Grey asked.
“You know?” Both of them hadn’t caught the hint. “The one from the fitness test? Pretty. Type 5. Athletic?”
Kip groaned under a muffled laugh and scooped Jell-O from his cup. “I think I would remember a girl with that description.”
I studied the cafeteria. It was a good thing lunch period was split between two periods. Less people to look through. She wasn’t hard to find. She was the only person sitting by herself. That was a form of social suicide, but it must’ve been by choice. I leaned forward, pointing.
Grey laughed. “What—the new girl?” He shoved a scoop of rice pudding in his mouth. The smell of coconut, cinnamon, and vanilla overwhelmed his spot. I should’ve brought a better item to bargain with Kip. It would’ve been mine if I had.
“Yeah, if by new, you mean since a couple weeks ago.”
Grey dropped his spoon, and met me with dark eyes. “Dude, she just started like yesterday. I think we would’ve noticed if she’d been going since the start of the year.”
Huh?
Kip studied her from a distance. He was never good at hiding when he was attracted to a girl. “She’s definitely nice.”
I hoped I didn’t have to spell it out. I was wrong. There was no way they’d only just noticed her. Surely this was an oversight.
“You don’t remember yesterday? During the fitness test? She was the only person who finished the ballistic climb.”
That got a reaction out of Kip. He interrupted me, waving hands and fury alike. “Hold on, Wayfairer. There wasn’t a person in class who finished that climb.”
“Uh, ya-huh. Only person who did.” Jocks. They never let you get away with challenging their loss.
Grey stopped our arguing, hoping to get to a point. “What is this about, Ster?”
“You guys don’t remember her from gym?” Kip and Grey shook their heads, denying any claim to the new girl or what happened in class.
Grey laughed and picked up his pudding. “No, that’s what I’ve been trying to tell you. She started yesterday. Not at the beginning of the school year. Yesterday. Get a grip, buddy.” Grey reached out to shove my shoulder.
“So you guys don’t remember her from PE? Or anything?” I asked. I wasn’t letting it go. It had started as a friendly inquisition but was turning into a full-fledged debate.
Kip shrugged. “Well, if she’s been going here all year, what’s her name? Oh, uh, and what’s her number too? I might need that come Homecoming.” Kip laughed. Neither of us found him funny.
I wanted to answer, but I didn’t know it. She didn’t speak to anyone, she never handed in assignments that revealed her name, and every person I asked had no idea who she was. It was as if she came to school every day to make sure we’d cross paths and exchange awkward stares. Something about it now seemed…creepy.
“I don’t know. But the fact that none of you acknowledge what happened weirds me out a little.”
Grey pursed his lips and looked over my shoulder. He widened his eyes as he finished off his dessert.
“You know what’s creepy?” Grey asked, as my body tensed.
“What?”
“She’s staring at you right now. Either she’s got supersonic ears or maybe you’re right. Maybe she’s creepy,” Grey joked.
Kip laughed with him as I turned around. Grey wasn’t wrong. She was staring right at me. She kept staring. I don’t know why, but I… 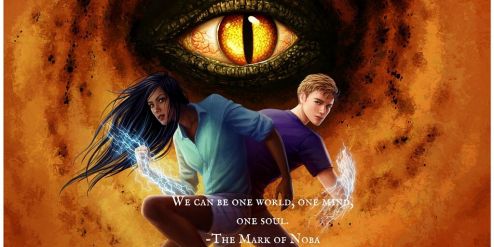 About the Author:
Guinevere and Libertad go by many superhero aliases. Whether you know them by G.L. Tomas, the Twinjas, or the Rebellious Valkyries, their mission is always the same: spreading awareness of diversity in books. Oh, and trying to figure out the use for pocketless pants!

They host other allies and champions of diversity in their secret lair in Connecticut.

1 thought on “The Mark of Noba Excerpt and Giveaway”