Sean Johnson’s life as a small-town farmhand has been nothing but predictable, but when he meets Sophia Hillingdon at the local animal sanctuary, she gets him out of an eighteen-year rut, away from the mundane existence on the farm, and a grieving, drunken father.

Sophia is the first person who understands him and makes him believe that he might get out of their small town, who tells him, he has the potential to be whoever he wants to be and do whatever he wants to do.

But as their relationship unfolds, it is the most devastating of news that will change both of them forever. 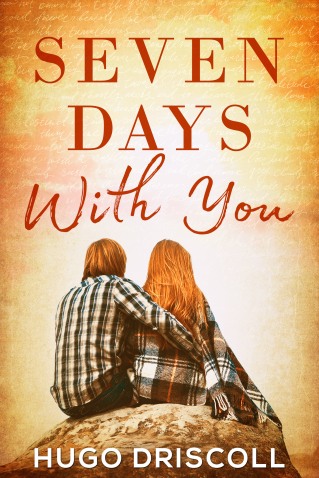 I had long been a pragmatist, so I was totally unprepared for a complete abandonment of common sense and measured emotions. I spent the next few weeks in a tipsy stupor. She’d implanted herself into me; my head was full of her, making work nigh on impossible. My once day-to-day became a stop gap, a pointless stretch of time where I was not with her. And when we’d meet, we’d spend our evenings in the same spot under the willow tree, talking about our dreams. Sophia would often tell me every single detail of what she’d read the previous night, and though I hadn’t a clue what it meant, I always wanted to know more. For, in many ways, we simply enjoyed each other’s passions as much as we enjoyed each other. Above anything else, being with Sophia made me feel different about myself. I felt lighter, quick to laugh and be laughed at. Life felt easy, and I drank it in on those lazy evenings in the sun. You see, unlike most people, Sophia got more out of me than most people could in a lifetime. 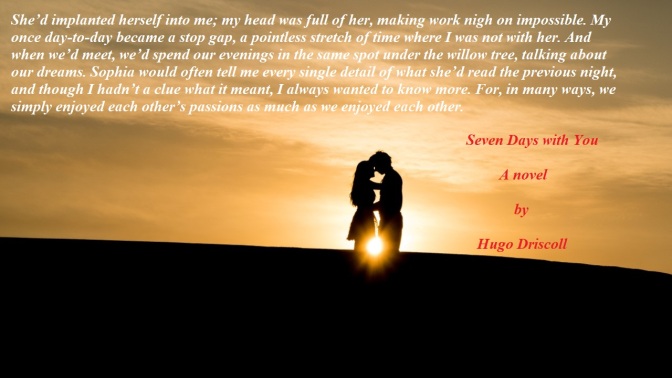 Hugo Driscoll is a 25-year-old British author and content writer for an online publication in London.
Seven Days with You is his first novel.

7 thoughts on “Seven Days With You: Excerpt and Giveaway”